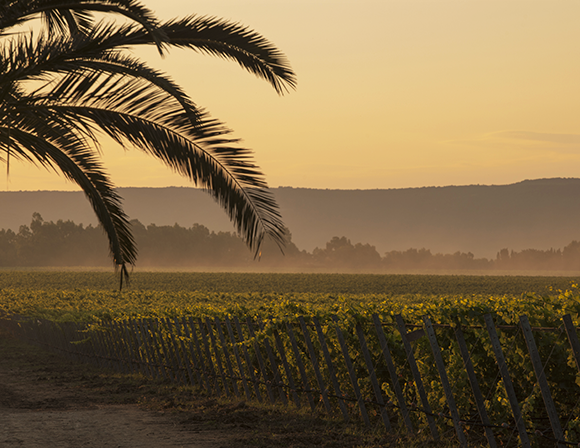 The Sardinians, it is said, are not very open to new things. They prefer to focus on maintaining the character of what their island has to offer. They explain their skepticism towards foreigners with the history of their island, which has been shaped by occupiers from all over the world throughout history. Over the millennia came the Phoenicians first, then Carthaginians, Punics, Catalans, Arabs, Romans and the Spaniards.

Tourism conquered the island in the 20th century. It began in the 1960s on the Costa Smeralda, where the Ismaili Shia Imam Karim Aga-Khan had the resort of Porto Cervo built, which is still an exclusive holiday destination for the well-heeled. In other parts of the island, for example in and around Alghero in the north or in the south near Cagliari, beaches, bays and port cities also attract other tourists.

When it comes to viticulture, the Sardinians concentrate on their own grape varietals. The best known are the red Cannonau and the white Vermentino. Then there is a grape varietal that is only grown by a single producer: the white Torbato. Originally from Greece, it was brought to Sardinia by the Catalans. The Sella & Mosca winery has set itself the task of preserving this varietal and cultivates it near Alghero on limestone soils with marine deposits.

It turned out that viticulture in Sardinia has a longer tradition than expected. Previously, it was assumed that the Phoenicians planted the first vines around 800 BC. But in 2015, researchers from the University of Cagliari presented wine seeds that they had discovered on the island, which, according to their research, date from between 1,300 and 1,100 BC. This would make Sardinia one of the oldest wine-growing regions in Western Europe.

Until the 1980s, Sardinia produced almost exclusively anonymous bulk wine, which was delivered to other regions as a blend. But there was no good money to be made with it, and many small winemakers gave up viticulture. As a result, the area under vines also shrank. The remaining producers, however, rethought and began to produce high-quality wines. This was soon recognized in the rest of Italy and abroad.

In 1899, Erminio Sella (an engineer) and Edgardo Mosca (a lawyer) from Piedmont, purchased the land bordering the pretty, historic port of Alghero on the northern coast of Sardinia to establish a nursery for vine rootstocks. At the time, phylloxera was ravaging Europe, but as Sardinia is detached from the mainland, the island could harvest phylloxera-free baby vines, which were then sold in other regions of Italy and Southern Europe.

In 1903, a massive ecological excavation started on the land where the Sella & Mosca estate now sits. The rocky soil was overturned to plant vines as well as to build a complex including the winery, worker housing, a school, a small church and 12.5 acres of nature preserve dedicated to Mediterranean botanical species.

The winery’s unique logo depicts a wine pressing scene inspired by Egypt’s Old Kingdom. It is believed to be a stylized reproduction of a scene shown on a low relief in the Mereruka tomb in Saqqara, Egypt. The relief depicts five men using long poles to press the grapes contained in a sack, so that the juice filters through the fabric and falls into the bucket below.

The wine has a straw yellow color and persistent effervescence. The nose reveals aromas of flower blossoms, grapefruit, white peaches and almonds. The palate shows good acidity and length with aromas of white stone fruit, iodine and minerality.

Suggested food pairings: as an aperitif or with oysters, seafood, sushi and sashimi.