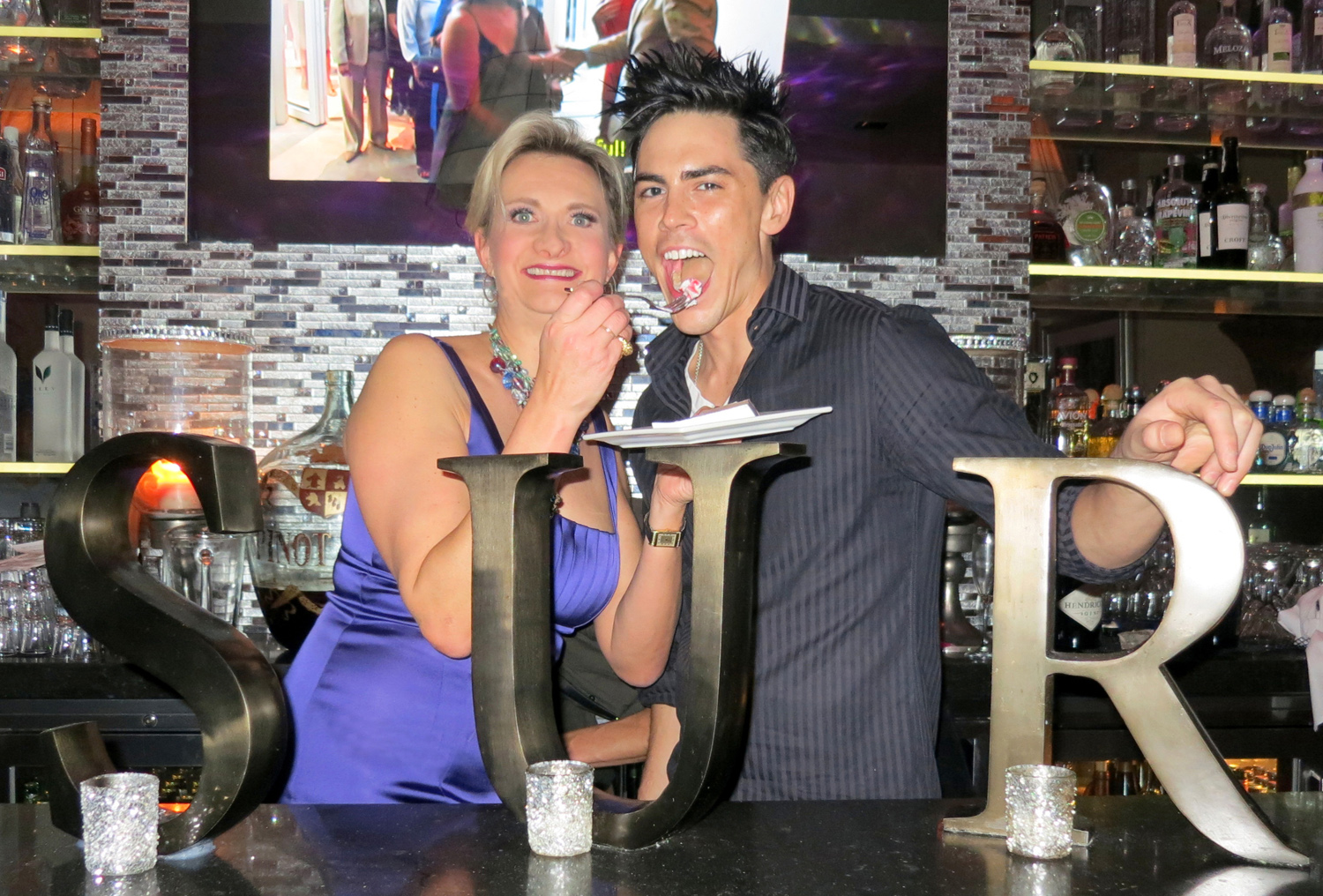 Even though I fed SUR Restaurant & Lounge bartender Tom Sandoval with some Starlette Cake™ last night, I was not able to get one single world out of him of what is going to happen on the next episode of “Vanderpump Rules“ to air on Bravo on Monday. He is one of seven the cast members of “The Real Housewives of Beverly Hills” Lisa Vanderpump’s new TV show.

I insisted and told him that this cake, created by French restaurateur Michèle La Porta, was fat-free, sugar-free, flour-free, egg-free, and therefore had almost no calorie. Only answer Sandoval gave me: “Just watch the show.”

You, too, can now try the Starlette Cake™ at SUR Restaurant, in West Hollywood, as it has just been added onto the menu. A perfect sweet ending in Hollywood where everyone wants to stay slim, but still be able to enjoy delicious bites.