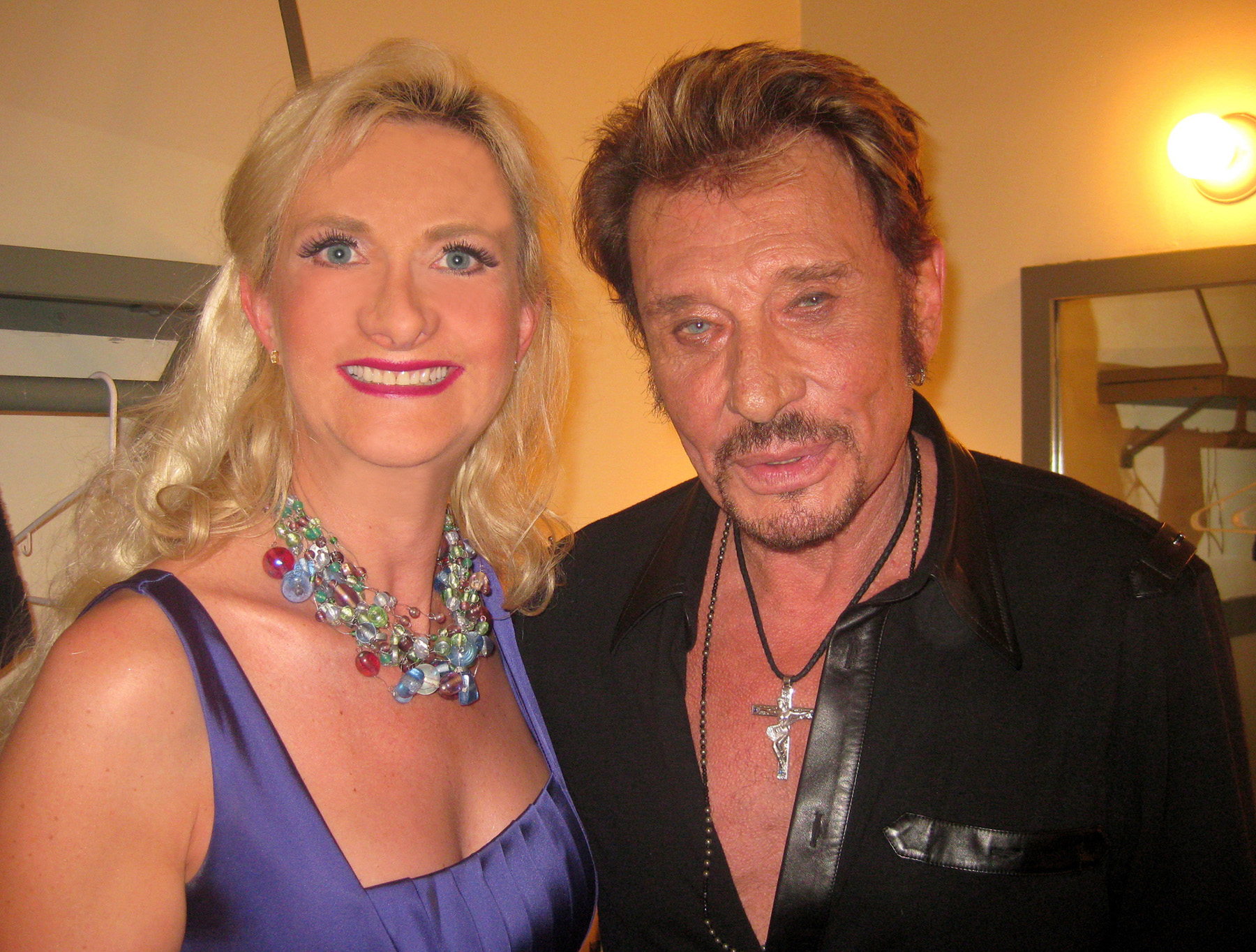 French rocker Johnny Hallyday started his last world tour last night at The Orpheum Theatre in Los Angeles. It was symbolic to him to start here, as Johnny got very, very sick in Los Angeles two years ago, and had to cancel a tour in France.

For those of you who are not familiar with him, Hallyday is undoubtedly the most famous and celebrated star in France. He has been singing for more than 50 years, has sold more than 100 million records, and earned 40 gold records, 22 platinum records, 3 diamond records and 8 Victoires de la Musique (the French equivalent of a Grammy). He has had more than 100 tours in France and Europe in which he entertained 28 million spectators.

n the photos below, you’ll see some of the many stars that enjoyed the show. If you were unable to attend, click here to listen to last night’s performance of “Gabrielle.” What A VOICE! And on top of it, he is charming. It’s hard to believe this will be his last world tour, as he still has so much energy!