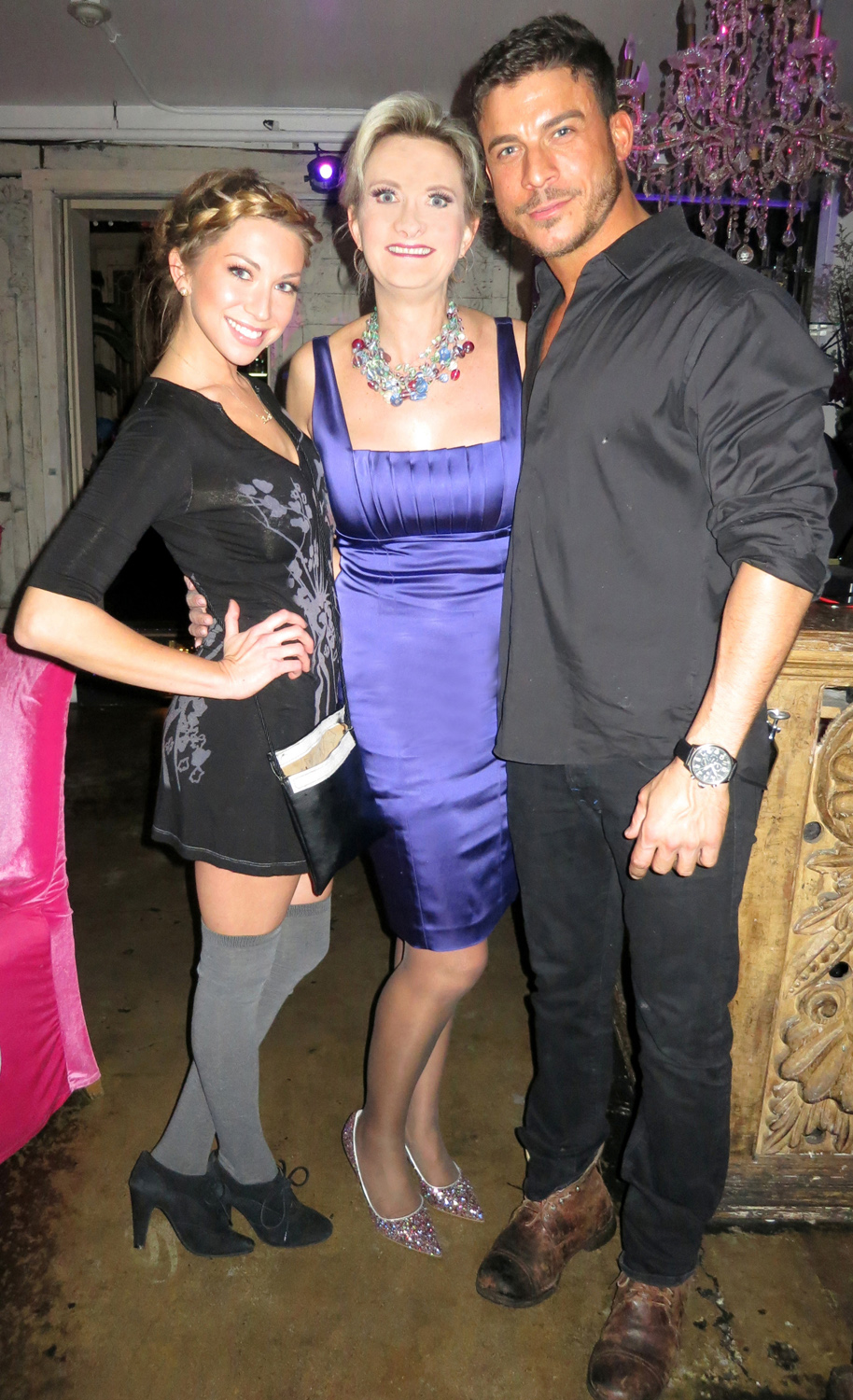 During the second episode of “The Real Housewives of Beverly Hills” Lisa Vanderpump’s new TV show “Vanderpump Rules”, we watched girlfriend/boyfriend Stassi Schroeder and Jax Taylor break up after a two-year relationship. The show is filmed at SUR Restaurant & Lounge, located in West Hollywood, CA. It follows the staff ruled by Lisa Vanderpump, co-owner of the restaurant with her husband Ken Todd and Nathalie & Guillermo Zapata.

I recently dined at SUR Restaurant & Lounge. As you can see Stassi (who is a server) posed with Jax (who is a bartender) with me. I can tell you that it did not end up in a cat fight. Are they back together? I don’t know more than you. Only way to find out: watch the next episodes airing on Mondays on Bravo.