by Sophie Gayot Today was The Mystery Basket challenge of the 2012 S.Pellegrino Almost Famous Chef Competition. For the 10th edition, the ten competitors discovered veal and black kale in the “mystery basket.” They had two hours to create a dish with those two ingredients. The competitors were then presented to the judges (I am one of them) by TV personality Jake Hanover. Each one was given the opportunity to explain their entrée. They had full access to The Culinary Institute of America at Greystone’s pantry to accompany the two base ingredients. The resulting dishes were each very different from one another. One dish stood out, but I cannot tell you, yet, which one it is, as the second and last part of the competition is tomorrow. I will be happy to announce the winners then. 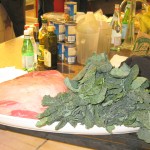 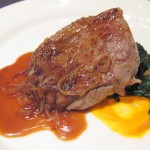 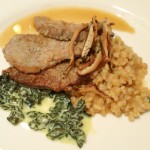 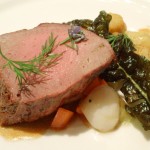 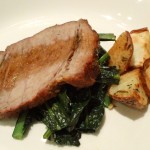 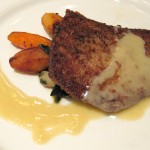 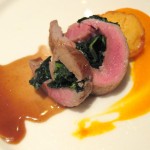 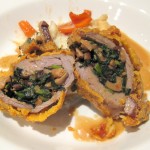 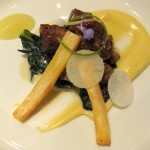 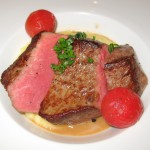 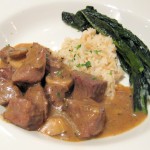 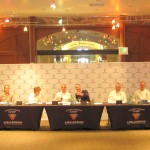