I am Sold to the Highest Bidder by Sophie Gayot The 22nd Annual Culinary Evening with the California Winemasters held on May 14th in the “Midwest Street” backlot of Warner Bros. Studios in Burbank, California, was a huge success. At the sold-out event, more than 1,400 guests enjoyed food prepared by 45 top chefs paired with wines from more than 70 California wineries. Chefs and winemakers were all in attendance to give partygoers all the explanations they needed. Every year, the event benefits the Cystic Fibrosis Foundation. The money raised, $23,000,000 over 22 years, including $1,667,500 this year, is used for vital research and care centers. Thanks to the new treatments, people with cystic fibrosis are now living one year longer for every year of research. When this event began, patients were living into their teenage years. Now, the median age is approaching 40. Despite the fact that I got there even before it officially opened, by the time I went around, some chefs — including Raphael Lunetta of JiRaffe in Santa Monica and Alex Becker from Nobu Los Angeles — had already run out of food. Did I get to them too late or were their dishes so good that all their culinary creations were gone? I will never know… But the best one I tried was from chef Eric Haugen of Seasons at The Ocean House, Watch Hill, Rhode Island. He served scallop boudin with braised endive and black truffle. As I needed to taste the food offered by the numerous chefs, I went easy on the wines. I captured some of the participating chefs in the photo gallery below, (click on each photo to enlarge). Besides doing good for a worthy cause, I also got a mystery dinner date out of the evening! As part of the silent auction, someone purchased lot #101, which is a dinner for four with me while I am reviewing a restaurant. I don’t know who my dining companions are, but will give you a full report when it happens. Save for the date for the 23rd Annual Culinary Evening with the California Winemasters: May 19th 2012. You can click on each photo to enlarge. 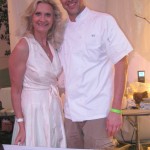 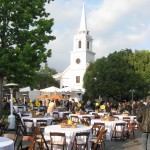 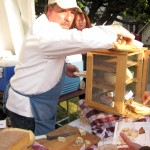 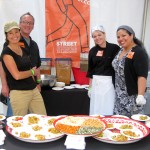 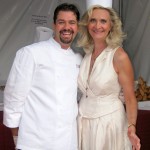 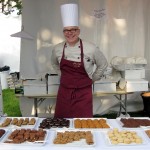 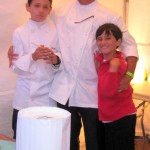 Raphael Lunetta with his children – JiRaffe 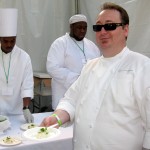 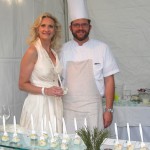 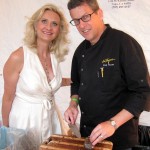 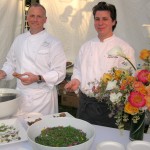 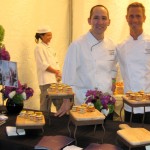 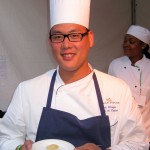 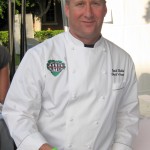 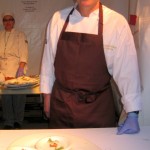 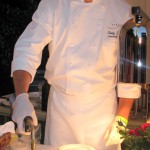 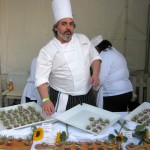 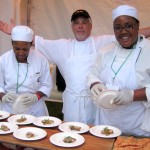 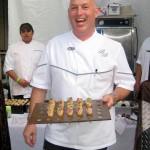 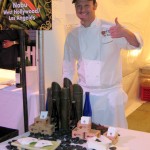 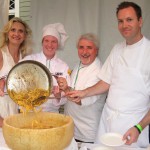