Living One Year Longer for Every Year of Research by Sophie Gayot
When I attended the 21st annual Culinary Evening with the California Winemasters on May 15, it was no surprise that I did not have time to get to all of the 45 restaurants and 71 wineries that were donating their food, wines and time to benefit the Cystic Fibrosis Foundation. The very same thing happened too, last year!
1,400 epicurean guests wined and dined for a good cause at the sold-out event held on the “Midwest Street” backlot at Warner Bros. Studios in Burbank. The generosity of the crowd in conjunction with 900 live and silent auction items raised $1,590,000 for the Foundation’s vital research and care centers. I admired the entertaining energy of premier auctioneer DawnMarie Kotsonis, who sold an Imperial of 2005 Château La Mission Haut-Brion for $22,000 as well as a 6-liter 1996 Domaine de la Romanée Conti Romanée Saint-Vivant for $10,000.
When I participate in an event that features multiple chefs, I like to designate the most interesting dish. That night it was a duck magret tartare on an endive leaf, topped with shaved foie gras and seasoned with figue vinegar prepared by chef Thierry Dufour of the hotel Marquis Los Cabos. Chefs Alain Giraud, from Anisette, and Josiah Citrine, from Mélisse, can not blame me for my selection, as they were out of food when I got to their tables. At the end of the evening, I had fun tasting the foie gras lollipops prepared by chef Jonathan Wood of Park Grill located at the InterContinental Los Angeles Century City. While posing with chef Rory Herrmann and sous-chef Katie Hagan-Whelchel from Bouchon Beverly Hills, I had quite a few samplings of steak tartare, which tasted as well as it should.
I expect to go to the tasty and worthwhile 22nd Annual Culinary Evening with the California Winemasters next year, when it will be held on Saturday, May 14. And I don’t expect to make it to every table!
You can click on each photo to enlarge. 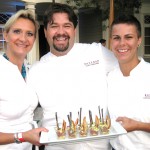 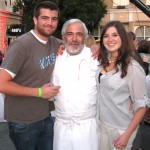 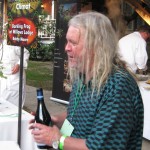 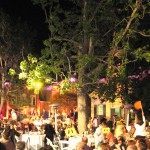 The crowd attentive to the live auction 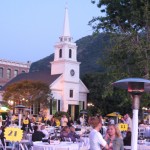 The “Midwest Street” backlot at Warner Bros. Studios in Burbank 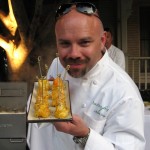 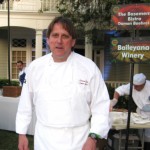 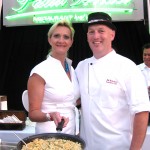 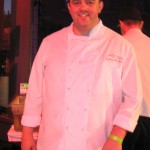 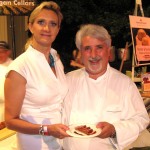 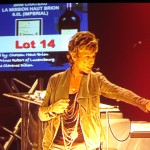 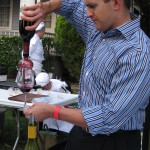 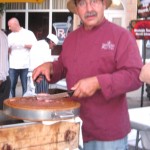 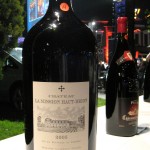 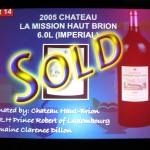 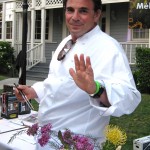 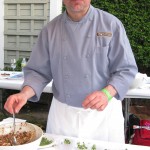 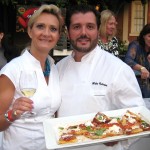 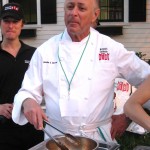 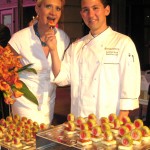 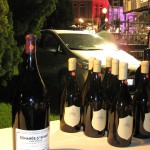 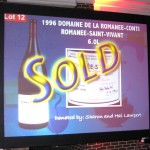 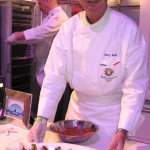 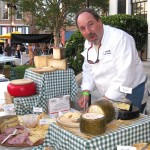 Tony Princiotta from The Cheese Store of Beverly Hills 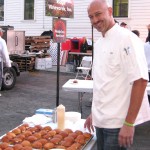 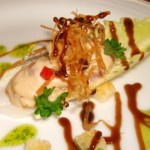 The winning dish of the evening: Thierry Dufour’s duck magret tartare on an endive leaf