Cadillac, the iconic car of GM

When GM means Grand Marriage by André Gayot I love reunions, reconciliations, rapprochements, consolidations, alliances, coalitions, engagements and weddings. They all contain a sign of peace and while they are not always evidence of love, in many cases they demonstrate the power of reason. That’s why I find myself rejoicing at the announcement that American General Motors plans to acquire 7% of French Peugeot. It’s the nicer side of globalization: a marriage of convenience and — even better — perhaps also a marriage of love. GM (which in this instance could stand for Grand Marriage) has always loved things French. Perhaps this is because it was co-founded by William C. Durant who also co-founded Chevrolet with Louis Chevrolet of French –Swiss descent. Chevrolet later merged with GM, which baptized its prestigious machines with French names like DeVille, Biarritz, Orléans, LaSalle, Pontiac and Corvette. The name of its iconic brand Cadillac, synonymous the world over with luxury, elegance and quality, is borrowed from the French explorer Antoine de la Mothe, Sieur de Cadillac who founded the city of Detroit — another French name. The Peugeot family, in 1810, began manufacturing pepper mills, coffee grinders, bicycles and, starting in 1889, automobiles (I recently admired an early model more than a century old which is well kept in a museum in Wellington, New Zealand) in Belfort, France. This city’s symbol is a huge lion statue from artist Frédéric Auguste Bartholdi, who also designed the Statue of Liberty that was given to the US. Coincidence? Premonition? These stones remind us that we are linked throughout history. Many Americans may not have realized that television’s Lt. Columbo drove around Los Angeles solving murders in a Peugeot 403 Grand Luxe Cabriolet. Allow me a bit of personal biography. I remember when I was in knee pants how the future appeared to my eyes and how I was dumbfounded by the modernity and the might of the new world triumphing in the impressive motorized deployment of the US Army. Three letters, GMC, on the radiator grill of the powerful machines transporting the GIs were, for me, the coded message announcing the forthcoming era. The letters stayed on my mind, anchored later when at Political Science School we were taught that, “What’s good for GM is good for America.” Now we have the corollary: “What’s good for America is good for their old friends and relatives.” Peugeot and GM were equally good to me. They both helped me travel the world. With my family, I crossed Africa’s Sahara Desert in a Peugeot 505. In America, I crossed Death Valley in a Chevrolet Tahoe made by GM. If life is indeed a desert, as an Arab proverb states, you need to have good partners to cross it. Related Content: Peugeot General Motors GM Heritage Center We Raced Obama, and Won! The Famous Peugeot Pepper Mill More Car News You can click on each photo to enlarge. 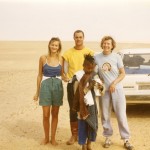 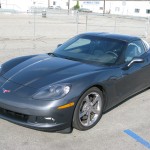 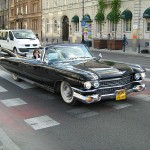 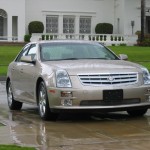 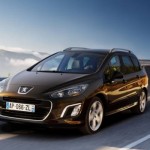 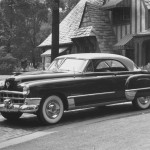 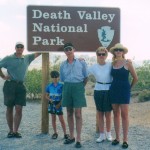 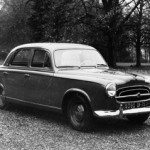 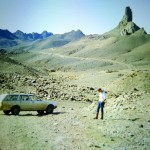 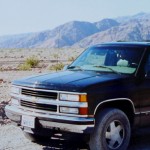 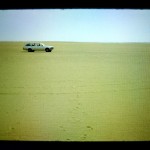 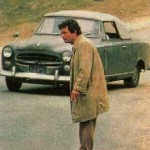