George Boyd and James Warren with Andre and Alain Gayot

Tuskegee Airmen at the Udvar-Hazy Center and Baghdad by Alain Gayot It’s been a few decades since the end of WWII but there are still wars being fought and airmen up in the skies chasing bogies and dropping ordinance. A select group of black men, who had been previously forbidden to participate because of their race, were chosen as part of an “experiment” towards the end of the second world conflict to see if they might be fit to fly. African-American men had flown in air forces in Canada and France but never in the U.S. or for the U.S. Air Force. “If you want to know more about us,” says George Mills Boyd, “you can watch the 1995 Robert Markowitz movie with Laurence Fishburne and Cuba Gooding Jr., The Tuskegee Airmen. But you should know that Eleanor Roosevelt was flown by the [white] Base Commander, as no [black] cadet would have been allowed to take the President’s wife up.” Alain and André caught up with four of the surviving Tuskegee Airmen, who were on their way to meet the boys in Baghdad for a motivational encounter, during a United Airlines tribute. It was an honor and a pleasure to meet a bunch of alert octogenarians who not only fought the enemy but also quasi-insurmountable racial obstacles on their ascent to build the respectable Fighting 99th Squadron. Some of them still fly to this day. We enjoyed a super visit to the Smithsonian National Air and Space Museum annex in the Virginia suburbs at Dulles Airport. Not only did we get to see some totally historic aircraft, but we also got to meet these proud men who fought not only for their country, but also their race. The $300-million museum that hosts 168 airplanes boasts 230 docents — including some who flew the SR71 Mach 5 spy plane like Buzz Carpenter — and was the site of the serendipitous rendez-vous. Over one million guests visit the free museum each year, and, if you are interested in aviation, you must take a tour. You may choose one of the special days such as Family Day, Father’s Day or the Air and Scare day. In addition to the remarkable and historic aircraft [see photos], there is an IMAX theatre, Simulators, an observation tower and a McDonald’s. Not enough? A 240,000-square-foot expansion opened its doors in the first quarter of 2011. Related Content: Stephen F. Udvar-Hazy Center Tuskegee Airmen, Inc. “The Tuskegee Airmen” (1995) You can click on each photo to enlarge. 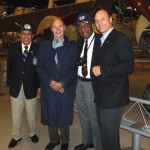 George Boyd and James Warren with Andre and Alain Gayot 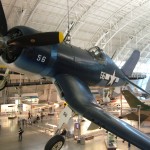 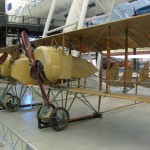 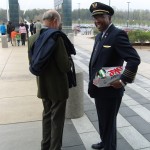 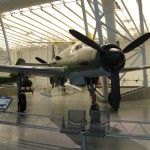 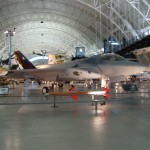 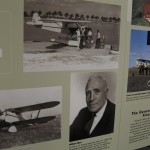 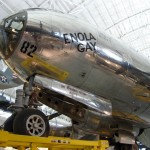 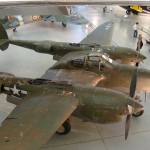 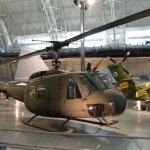 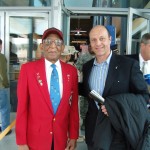 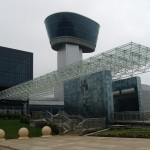 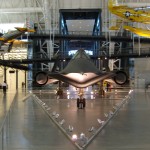 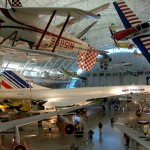 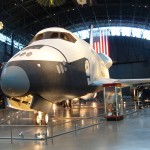