You may have seen Cee Lo Green on TV’s “The Voice”, but don’t be surprised to see him at a sushi bar near you. The recording artist and self-proclaimed “sake professor” is the new spokesman for TY KU Sake & Spirits, praising their beverages as naturally low-calorie and gluten-free alternatives to wine, beer and spirits. He sees it as a good opportunity to educate the American public about sake, which is sometimes incorrectly described as rice wine, and soju, a Korean spirit traditionally distilled from rice. TY KU’s current color-coded lineup of sakes includes the ultra premium White (Junmai Daiginjo), the super premium Black (Junmai Ginjo) and the premium Silver (Junmai). In mid-August, TY KU will release its Coconut Nigori in a cream-colored bottle. Made from Junmai sake infused with coconut, TY KU Coconut Nigori is partially unfiltered, giving the beverage a cloudy appearance and a creamy mouthfeel. Enjoy it chilled or in a cocktail, such as the Lo-Cal Colada. Simply mix 2 ounces of TY KU Coconut Nigori and 2 ounces of pineapple juice over ice and garnish with a slice of pineapple. Related Content: TY KU Soju Read sake reviews Learn about the varieties of sake More cocktail recipes More wine, beer and spirits news You can click on each photo to enlarge. 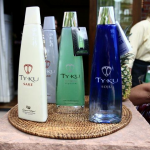 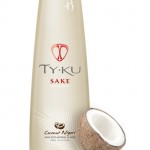 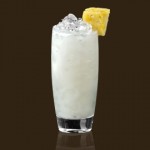 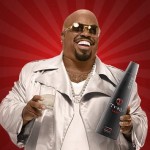