Chef Wolfgang Puck with Sophie Gayot at the opening of WP24 at The Ritz Carlton, Los Angeles

As downtown Los Angeles continues to attract more visitors, it has also convinced Wolfgang Puck, GAYOT’s 2010 Best Restaurateur in the U.S., to open another restaurant. Not far from the Wolfgang Puck Bar & Grill located at L.A. Live, WP24 gets its name from the chef’s initials combined with its location on the 24th floor of the new The Ritz-Carlton, Los Angeles hotel. Two large, completely separate rooms boast illuminated views of the surroundings. It’s decorated in two different styles, but I did not like either one.

Chef Puck and managing partner Lee Hefter have created a menu executed by chef David McIntyre as a modern interpretation of traditional Chinese cuisine. On the sweet side, pastry chef Sally Camacho is sticking, with success, to more American desserts, like cheesecake and chocolate truffle cake.

Instead of coming for dinner, you can take a tip from the Lakers fans who have been coming here pre- and post-game for a drink or snacks at the lounge. I already know where Kobe Bryant likes to go for Chinese food!
You can click on each photo to enlarge. 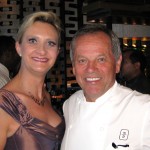 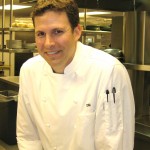 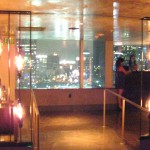 The entrance of WP24 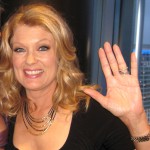 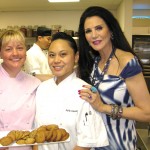 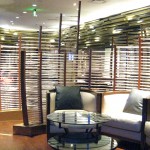 A private area in the lounge of WP24 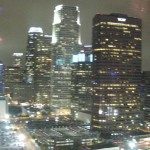 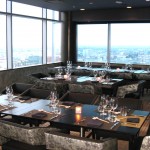 The restaurant from another side 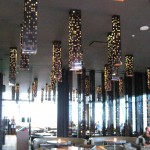