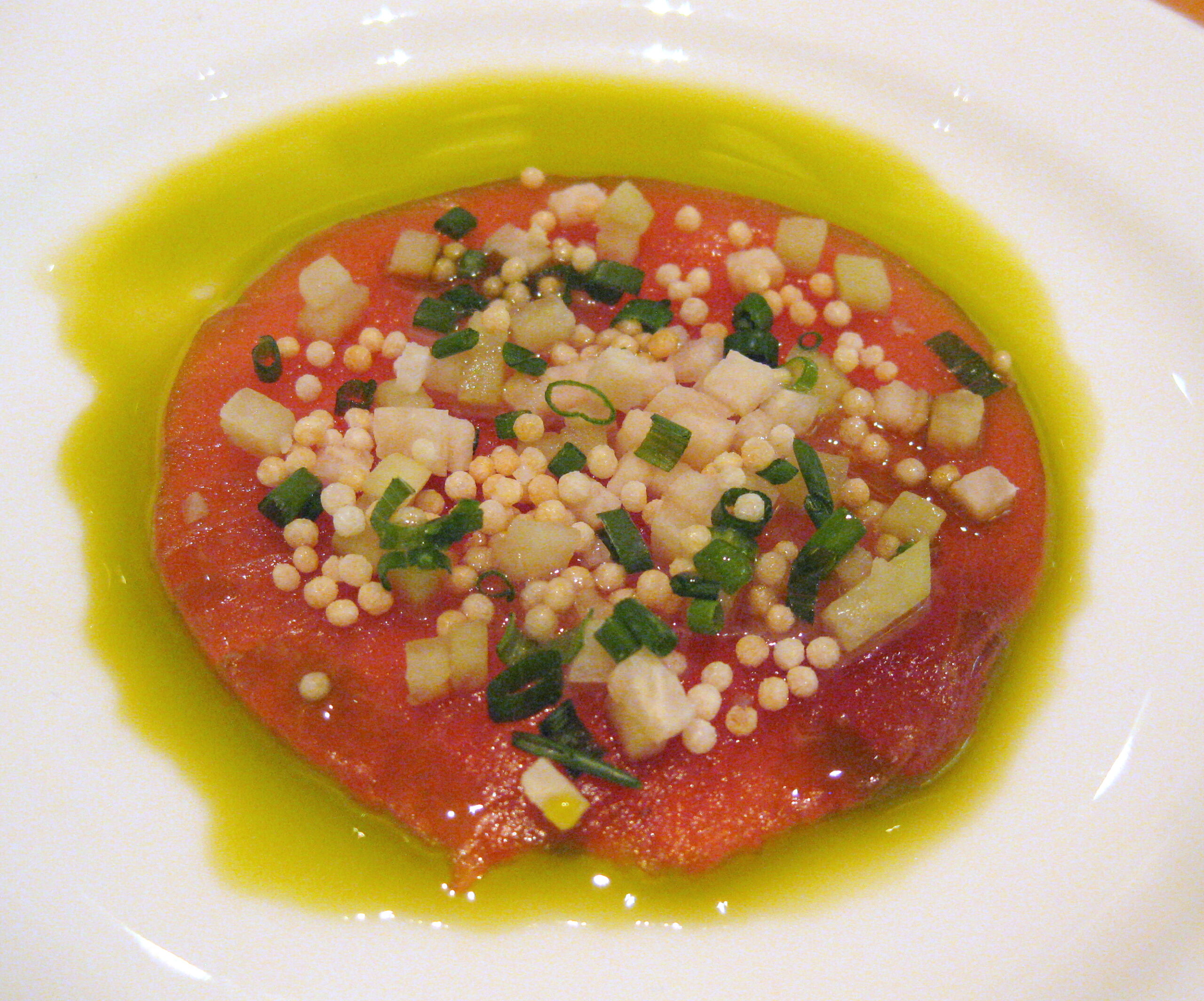 Central Michel Richard at Caesars Palace Las Vegas, which opened in November 2011, is spearheaded of course by chef Michel Richard, one of GAYOT.com’s Top 40 U.S. chefs. The restaurant is so well-regarded that it made GAYOT.com’s 2012 Top 10 New Restaurants in the U.S. and is also one of our Las Vegas Top 10 24-hour restaurants.

May I suggest two ways to discover the restaurant: watch my exclusive video interview below with executive chef Todd Harrington, or, better yet, join me at the GAYOT Dinner Series to be held there on May 10th. I will be there along with the debonair Michel Richard.

The dinner will begin at 7 p.m. The 5-course meal, priced at $135 per person, will showcase Richard’s savory signature dishes beginning with asparagus Vichyssoise, to be followed by tomato tartare. The fish course will be a seared halibut with lemongrass emulsion and English peas and carrots, and the meat braised short rib in Syrah red wine sauce. Save room for the rhubarb cheesecake — don’t forget that Richard was a pastry chef at the beginning of his culinary career.