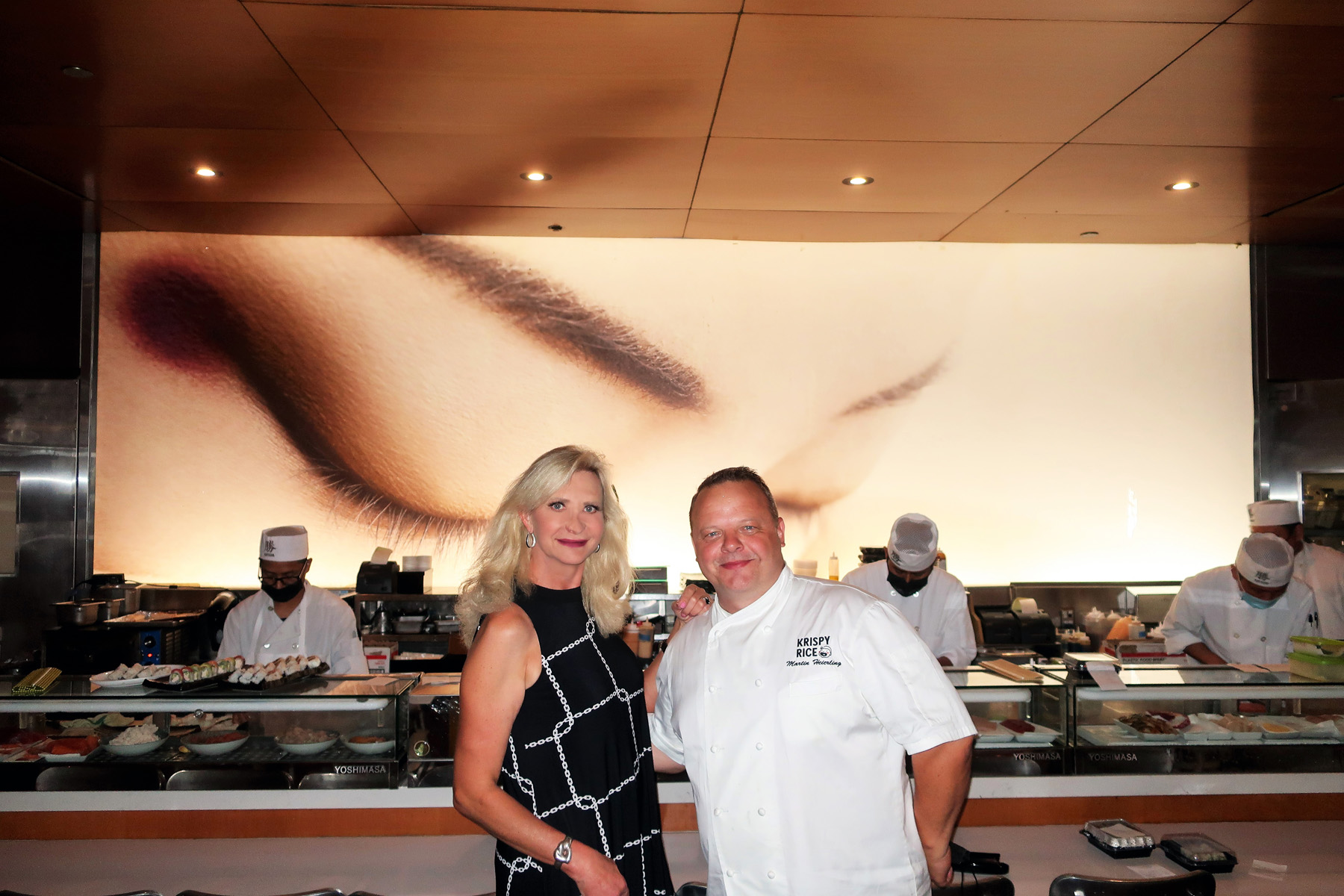 Welcoming a New Menu at Katsuya

Katsuya Brentwood is the first of the Katsuyas that dove into the vast Los Angeles culinary ocean. Opened in 2006, it was a combined vision of three heavyweights: LA-based master sushi chef Katsuya Uechi, hospitality mogul Sam Nazarian and world-famous designer Philippe Starck. Since then the dishes offered have more or less been the same; the most famous being what is now called “The Original,” the spicy tuna “krispy” rice. It was an instant success.

We are now in fifteen years later. The culinary team of sbe (the global lifestyle hospitality group owning the restaurants) understands that in order to remain “a tough-reservation restaurant,” it was in need of some updates, especially when it comes to sushi and sashimi, as quite a few other dining venues have surfaced.

Here sails in German chef Martin Heierling, sbe chief culinary officer. Heierling has actually spent more time studying and working around the globe than in Germany, including France, Australia, Asia and Las Vegas, always at hot spots. So, for him with his talent in hand, revamping Katsuya’s menu was a walk in the park. He fished for new ideas — he did not get lost at sea. The catch is great. I like the creativity, the presentation, and the mix of flavors resulting in memorable tastes on the palate, the #1 being the Wagyu beef gyoza. Heierling mentioned he wanted to modify the Yuzu & Raspberry Snowball. I am not sure why as it was a perfect sweet ending for a Japanese / California influenced cuisine restaurant. Don’t forget to plunge in the craft cocktails to begin a fun, energetic and delicious evening.

Since I could not try the entire menu when I dined in Brentwood, I am looking forward to trying some more dishes at Katsuya L.A. Live and Katsuya Glendale.

> Watch chef Martin Heierling, sbe chief culinary officer, presenting some of the dishes I had during my dinner.