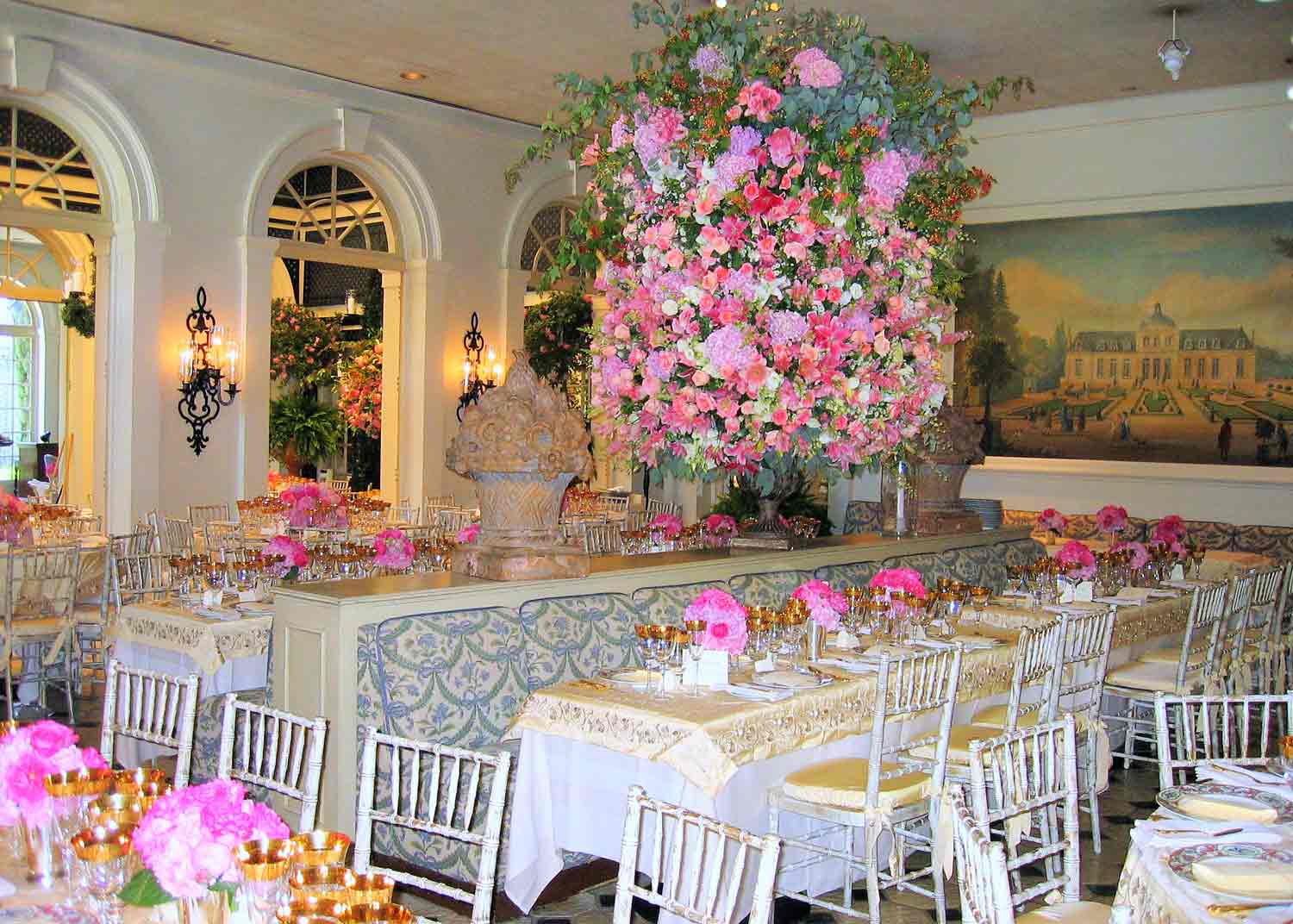 An Irreplaceable Loss for L.A.

Why do “les bonnes choses de la vie” (the good things in life) have to end? After an almost thirty-year love affair with the City of Angels, Gérard and Virginie Ferry have decided to enjoy their California life even more by stepping down from L’Orangerie.

Their American dream started on February 3, 1978, when they opened what became a bastion of French “haute cuisine” in the southland, after building it, stone by stone, on a vacant parking lot. At the time, the airy and open architecture was a first. Only nine different chefs (some still in Los Angeles) have cooked at the stoves of the prestigious kitchen.

Ronald and Nancy Reagan were regulars as were international movie stars who always knew that they could dine in total privacy and never be bothered by paparazzi. Unfortunately, since the Ferrys have no siblings, this one will not evolve like Le Cirque and the Maccionis in New York (after closing twice, that restaurant reopened later in a different part of the Big Apple). They will draw the curtain on their restaurant after serving a last dinner on December 31, 2006, and the key will be handed over on January 1, 2007, to the Nobu group.

The past two years have seen a great team in the Ferry’s kitchen — maybe the best ever — under the orchestration of French chef Jérôme Voltat, who was formerly at Le Bristol in Paris, Michel Guérard in Éugénie-les-Bains and Pic in Valence.

The restaurant was among the GAYOT Top 40 Restaurants in the U.S. in 2005, and has always retained high rankings. Voltat brought with him serious classical training that enables him to juggle skillfully such pristine ingredients as a Santa Barbara spiny lobster, which he doses with just the right amount of Thai spices to endow the superb product with a subtle fragrance that respects its nature and taste. Some may hate what he does to crème brûlée — a good reason to believe that this unexpected approach with foie gras is his masterpiece, a learned elaboration on the sweet-and-sour theme, with a green apple cream that achieves a unique and spectacular union of possibly antagonistic tastes. This dish alone is worth the trip. You can tell Voltat loves vegetables when you savor his vegetable risotto made with celery, leeks, potatoes and garlic. The subtle presence of Asian flavors also shows with distinction in cod gremolata, where Mediterranean basil oil and fennel meet a hint of Indian chutney. Breast of squab follows a similarly creative but not eccentric approach with its crust of walnuts and cinnamon and its accompanying roasted figs and purée of cèpes mushrooms.

This rare experience finds a conclusion, if not a coronation, in the light desserts, prepared by the young and talented pastry chef Hugo Artinian, such as the original chocolate mousse with caramel ice cream, coffee and praline mousse or raspberry millefeuille. Over the years, sommelier Emmanuel Faure has built a magnificent and intelligent wine cellar that the new owner will enjoy.

Of course, expect a totally new restaurant when Matsuhisa opens his third Los Angeles venture in spring 2007. We will miss the voice of Gérard, the smile of Virginie, her floral extravaganza composed weekly, and her holiday decorations. Don’t catch yourself in 2007 saying “I should have gone to L’Orangerie,” like some of us did after the Concorde stopped flying. A trip to L’Orangerie is definitively less expensive than one on the former grand white bird. I fear that the legendary L’Orangerie will never be replaced; so go now and enjoy, while it lasts, the rare pleasure of a house devoted to class and refinement.