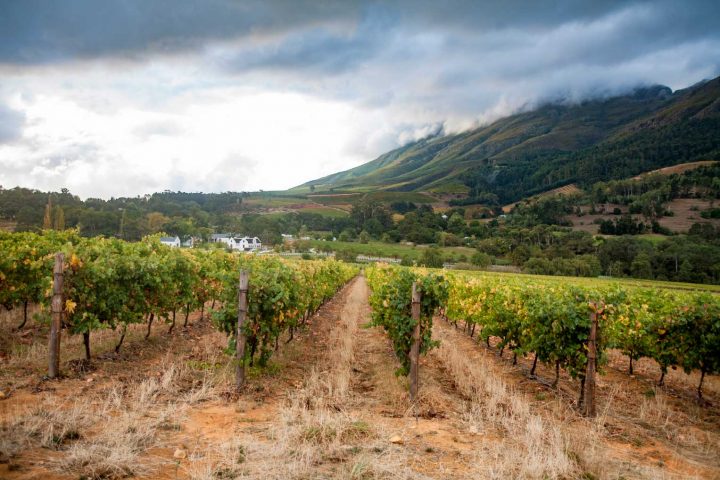 The Germans are in love with Pinot Noir, or as they call it “Spätburgunder,” and the marked improvement in quality in recent years has led to a widespread demand for it both in Germany and abroad. Spätburgunders were traditionally light red, sometimes sweet wines, but in the last 20 years, more serious dry Spätburgunder wines have been made in the Rhine Valley region of southwestern Germany. The prime growing territories for Spätburgunder are the wine regions of the Ahr, Mosel, Baden, Rheingau and Rheinhessen. Spätburgunder is the most widely planted red grape in Germany.

The name “Ahr” goes back to the Celtic word “aha,” meaning water. The river Ahr has carved out a deep, steep-sided valley of craggy rocks and chasms on its way through the Ahr Hills. This not only creates wildly romantic, picturesque views, but also the basis for the cultivation of Spätburgunder in what is the “high north” as far as wine production is concerned. The very special climatic conditions offered by the Ahr Valley, with its steep slopes positioned perfectly to catch as much sunlight as possible, were enough to convince the Romans to settle here centuries ago.

Spätburgunder has always been the flagship variety on the Ahr, and not without reason. Like almost no other red grape varietal, the sensitive diva is able to reflect the influences of soil conditions and microclimate in an extremely differentiated manner. That alone makes it worth all the effort that the difficult Pinot Noir demands in cultivation. Especially in connection with the extraordinary blue slate formations on the Ahr, the hard work for the winemakers is rewarded with wines that are very unique and linked to the terroir of the Ahr Valley.

Weingut (winery) Meyer-Näkel goes back to the marriage of Paula Meyer and Willibald Näkel in 1950. They cultivated an area of just four acres, yet were able to make a name for themselves because Willibald’s production of dry Pinot Noir wines represented pioneering work at the time. In 1982, Werner Näkel took over the estate from his father and continued his father’s ideas of making ripe, concentrated and terroir-driven Spätburgunder wines. With an uncompromising claim to quality, he succeeded in establishing an entirely new Pinot Noir style on the Ahr, and by the end of the ‘80s Werner was already considered one of the most important vintners in Germany. The winery has expanded to 55 acres and is now run by Werner’s daughters, Meike and Dörte, much so with continued success.

The wine has a bright red color with a purplish hue. The nose expresses a lovely perfume of ripe cherries, dried rose petals, tobacco and wet earth. Aromas of ripe red fruit and restrained tannins make up the sensual mouth feel. The wine assumes more intensity and interest over time in the glass.