Decades of Helping Others

By admin
[youtube id=”ICrKWxN2tSM”]        by Sophie Gayot          As we say: “Ladies, first!” Sorry, Master Puck, but in the video above, Barbara Lazaroff is the first to present the 28th Annual American Wine & Food Festival that the two of you created 28 years ago in a parking lot below the original Spago on Sunset Boulevard. Some chefs, like Piero Selvaggio of Valentino, have attended all of these great charitable events since. Last Saturday, more than 2,700 guests came to the Universal Studios backlot to meet more than 50 chefs, 80 vintners and food purveyors, as well as taste what they were showcasing. They were so numerous that I could not get to all of them, and even missed chef Amar Santana of Charlie Palmer of Bloomingdale’s South Coast Plaza at the FIJI Water stand whom I was supposed to interview. My apologies, chef! Below you can view my exclusive video interviews with the people with whom I did get to speak:     A round of applause for the Las Vegas hotel that sent chefs from its nine restaurants despite the fact that it’s not even open yet! The Cosmopolitan of Las Vegas, scheduled to open December 15, had top toques José Andrés and David Myers wowing the crowd with their talents.   The Puck-Lazaroff Charitable Foundation raised $1,400,000 that evening to benefit the Meals on Wheels Programs of Los Angeles. Over the years, the event, which helps serve thousands of meals each day to Los Angeles’ homebound, senior and disabled citizens, has raised more than $15 million. So, bravo to Barbara – once again, first – and Wolfgang!   You can click on each photo to enlarge. 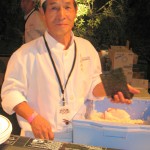 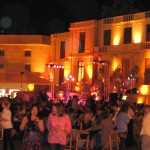 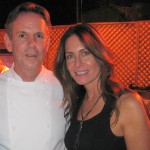 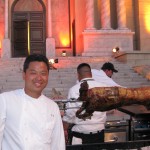 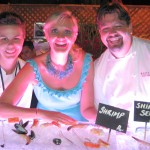 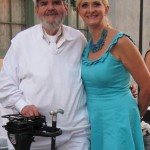 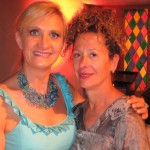 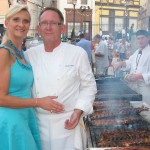 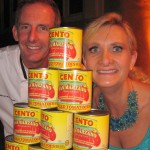 Chef Joe Miller of Joe’s in Venice with Sophie Gayot 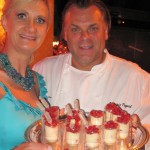 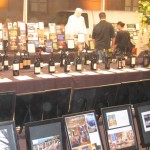 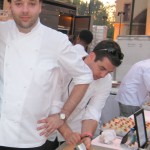 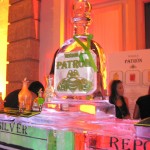 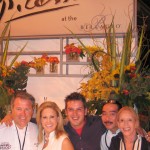 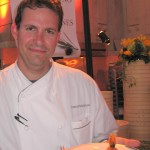 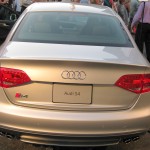 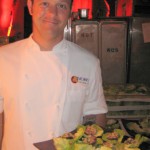