By admin
[youtube id=”5enxNRfm518″] by Sophie Gayot Throughout 2012, restaurateur Piero Selvaggio will be celebrating the 40th anniversary of Valentino, one of Los Angeles’ first fine dining restaurants, featuring Italian cuisine. Watch my exclusive video interview above with Selvaggio to learn some culinary history. You can also watch another video with Valentino chef Nico Chessa. Valentino will celebrate Father’s Day by offering three “No Corkage Nights” on Thursday, June 14, Friday, June 15, and Saturday, June 16, so diners can bring in their own wine for no additional charge. (Valentino is closed on Sundays.) But the restaurant is also famous for its exceptional wine list, boasting some 2,800 different labels and 90,000 bottles, with rare finds such as a 1891 Brunello Biondi-Santi Riserva for $25,000 to a number of reasonably priced, high-quality bottles like a 1997 Domaine Emmanuel Rouget, Vosne-Romanée ($100) or a 1999 Valentini, Trebbiano d’Abruzzo ($95) and even truly affordable treasures in the $50-range, like a 1997 Armando Parusso Bricca Rovella, a 2000 Regaleali Cygnus Sicilia or a 1999 Catena Malbec Mendoza. For those ordering wine from the legendary wine list Thursday through Saturday, each guest at the table will enjoy a complimentary flute of Prosecco. I would also recommend asking for a tour of the wine cellar. If you are looking for a restaurant to take your father out on the holiday, GAYOT.com has put together lists of the Top 10 Father’s Day Restaurants in Atlanta, Boston, Los Angeles, New York, San Francisco and Washington, DC. We also feature Top 10 lists of Father’s Day Gifts and Father’s Day Wines. You can click on each photo to enlarge to see dishes from Valentino restaurant menu. 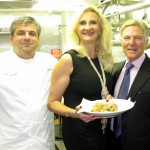 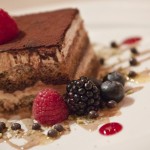 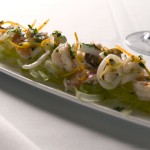 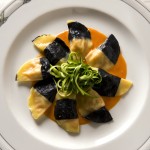 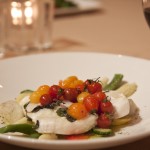 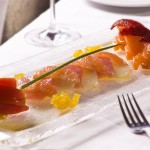