Air travel need not be an insufferable purgatory between heaven and earth — and with this airline’s in-flight entertainment offerings, it won’t be. Dubai’s low-cost airline, flydubai, is the first carrier in the world to show HD movies from all six major Hollywood studios. Joining the airline’s in-flight portfolio of more than 150 titles from Warner Bros, 20th Century Fox, Sony Pictures Entertainment, Paramount Pictures and Walt Disney Studios, flydubai recently welcomed NBCUniversal to the fold by featuring “The Bourne Legacy.” From newly released films to the top ten grossing movies of all time, travelers can watch as many hits as time permits with the premium entertainment package upgrade, which costs less than a trip to the theater (about $8). Passengers can also view movies from Bollywood, Russia and the Arabic film world, as well as find hundreds of TV episodes, audio albums and games. Launched in 2009, flydubai is a fast-growing, award-winning airline with routes connecting 50 destinations across the Middle East, Africa, India, Asia and Europe. The airline has also recently been recognized with an award for sustainability as a result of its new entertainment system, which takes advantage of energy-efficient technologies. For more information, visit www.flydubai.com   Related Content: United Arab Emirates travel guide The Bourne Legacy movie review on GAYOT.com Aviation Features, News and Reviews on GAYOT.com More Travel News You can click on each photo to enlarge. 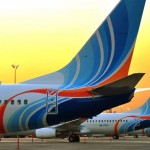 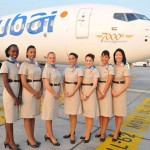 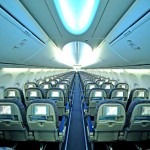 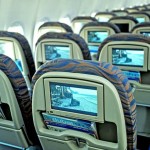 All images courtesy of flydubai