Dining by the Beach by Sophie Gayot Almost a year ago, I ran into Sam Nazarian at XIV restaurant where he informed me that he had just taken over the management of Gladstone’s in Pacific Palisades, which is owned by former Los Angeles mayor Richard Riordan. The 35-year old restaurant had become a Los Angeles classic, NOT for its forgettable cuisine but for its spectacular views of the Pacific Ocean. But over the past year, the food has markedly improved, now making Gladstone’s pleasing to the tongue as well as the eyes. Speaking of which, the décor has received a much-needed makeover as well. I am not sure how they did it all over the last two months without closing the restaurant. I don’t know if the neighbors heard the jack hammers breaking the ugly cement booths, but they have been replaced on the large patio by modern white and dark brown versions. Opaque barriers were replaced with transparent ones, so there are even more unobstructed views of the beach from the wooden deck. The same goes for the inside, where the floor is now covered with sand. Last night, both mayor Riordan and Sam Nazarian were there to present us with the new face of the restaurant. (Watch their speeches on our YouTube channel.) The only thing missing were gigantic umbrellas that did not arrive in time from Germany. As I announced a few weeks ago during my appearance on The Bikini Chef radio show, the new Gladstone’s arrives just in time for summer. With all of the changes, and the same tasty mojitos, it’s a great place to bask in the SoCal sun. For more summer dining suggestions in Los Angeles, go to GAYOT.com Outdoor Dining list. You can see me in the kitchen with SBE executive chef Daniel Elmaleh in GAYOT.com YouTube channel. You can click on each photo to enlarge. 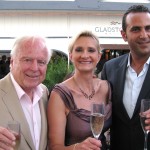 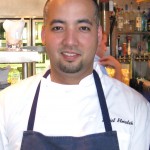 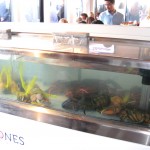 A new fresh water tank has been installed 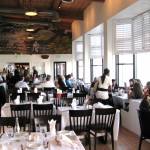 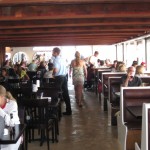 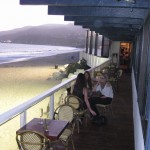 The balcony overlooking the beach at Gladstone’s 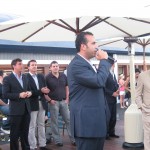 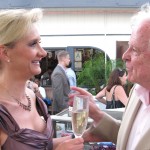 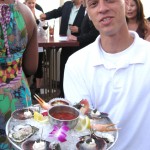 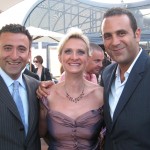 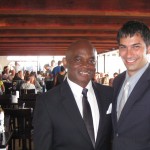