Should France sell the Eiffel Tower? A globalization-trotter asks: Should France sell the Eiffel Tower? by Andre Gayot A Chinese billionaire has just purchased the most glamorous Burgundy wine estate, Gevrey-Chambertin, which was owned by the same French family for more than 150 years, at an astronomical price. Why not? The problem, though, may be that there are more Chinese billionaires eager to buy vineyards in France than there are glamorous wine estates in the hills of Burgundy and on the banks of the Garonne. Some fear that, in the future, top French wines will exhibit a too-strong Mandarin accent. As a globetrotter puzzled by globalization, I wonder about foreign money acquiring cultural landmarks and the subsequent weakening and eventual loss of geocoded values. Or is this melting pot-pourri an unavoidable consequence of a more or less accepted — but probably unstoppable — mutation of the globalized world? How far can it go? A recent Italian study valued the Eiffel Tower at 434 billion euros. Really? What a temptation for the French Minister of Finance to sell the icon to a Chinese or Russian conglomerate to cover part of the country’s deficit! After all, they could not move it to Shenzhen. It has to stay put, its Paris location being a strong component of the value. But the transaction would, to say the least, appear odd to the French, who have no shortage of national pride, not to speak of the respect due to the memory of Gustave Eiffel. The same kind of reaction would interfere with the sale of the Statue of Liberty or Grand Canyon to a Russian gas mogul, even if it would help to pay for the cost of Medicare. Where’s the line not to cross? Difficult to say if we consider this example: Rolls-Royce is as emblematic as the Union Jack for the British. Who would have predicted in 1941 during the Nazi Blitz over London that Rolls-Royce would end up in the hands of the Germans, who would improve its fortunes? The company was in bankruptcy when the Germans bought it, but today, it’s a flourishing industry. Customers fight over the hand-made machines available in thousands of hues, shelling out some $350,000 to get one tailored to the color of their eyes or tie. The customers, by the way, are mostly Chinese. Everybody is happy: the Germans make money, the British have jobs, and the Chinese show in their customized royal vehicles their importance in our contemporary world. Farmers in Southern Europe are not so happy, as bugs involuntarily imported from Asia and Africa in boats and planes as a consequence of booming global commerce are ravaging their harvests and no one knows how to fight them. Globalization works… but not always. Draw your own conclusions. Related Content: GAYOT.com’s Burgundy Travel Guide GAYOT.com’s France Travel Guide GAYOT.com’s Rolls-Royce Reviews 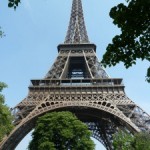