After All a Classic is a Classic

By admin
[youtube id=”SB6OB1kspEk”] by Sophie Gayot At the end of July, I finally discovered Lawry’s The Prime Rib. It seems that time has stopped at this 1938 Los Angeles institution, but customers haven’t stopped flocking there. The valet parking was so crowded, I ended up having to park in the street. I have no idea how the food was there over 70 years ago, but I am sure it has not changed too much. Its founders, Lawrence Frank and Walter Van de Kamp, should be proud of their creation. But it is a daring challenge in 2010 for the third generation of owners with the evolution of the cuisine and the décor of restaurants in Los Angeles and other parts of the world. It is true that the “Famous Original Spinning Bowl Salad” is a show, as well as the meat carts and “C.C. Brown’s Hot Fudge Sundae.” Watch them all on my exclusive video interview (above) with chef Walter Eckstein. Lawry’s has an old-fashioned charm (which does not come cheaply) that is reassuring during these uncertain times.
Check out our Los Angeles Top 10 Classic restaurants, and all of our LA Top 10 restaurant lists. From the timeless to the brand-new, we feature thousands of LA restaurant reviews!
You can click on each photo to enlarge. All photos by Sophie Gayot 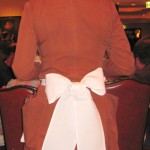 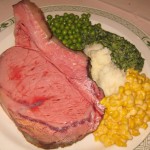 The Lawry Cut: traditional and most popular cut of prime rib 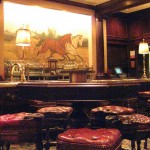 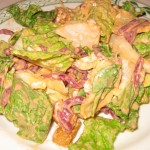 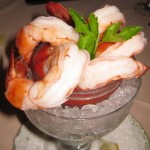 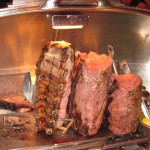 Prime rib on the grill 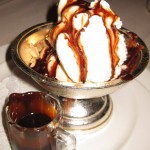 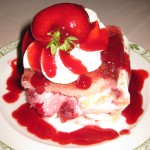