Molecular Gastronomy and the Future of Food All you ever wanted to know about Molecular food and are disconcerted to learn by André Gayot Due to our human condition, eating is an undisputable necessity, a possible pleasure, a subject of sciences (plural), and a topic of reflection. Rising above our basic mammalian status, the Escoffiers and the like succeeded in making eating a pleasure. However, not much has changed since the Stone Age when we knocked out aurochs with bludgeons, dug for roots with a flint, collected grains in the tundra and picked wild apples. As you may recall, the latter eventually generated a serious issue when Adam and Eve were ordered to promptly evacuate Paradise for this misconduct. Among the changes, we note that munching apples is OK, especially if you wipe off the pesticides with which they are abundantly sprayed. When our forefathers searched for apples, they looked up at trees. Today, people use search engines, and the first result for “apple” is a California tech company, not the fruit. Also, when we are hungry, we don’t have to rush to start hunting in the morning to catch an antelope for breakfast, climb trees for harvesting fruits for dessert, or scour the fields in quest of grains for the soup of the day. Our local supermarket does all that for us, delivering to the dining room all the needed calories and even much too many of them, processed, preserved, pasteurized, reconditioned, salted, sugared, spiced and expensively wrapped and probably hazardous to our health. But, no doubt, it’s easier for us than for our ancestors to get the daily 1,500-2,000 calories approved by the FDA. And there is little chance of our becoming another creature’s meal in the process of trying to acquire our own. Eating is a no-brainer, we think. Well, not really, if we want to prepare ourselves for the dining rooms of the XXII century. Beyond the medical, biological exploration, dietary research, pyramid of proteins, lipids, carbohydrates, and the miracle diets to shed those extra pounds, other considerations must be known to us that implicate chemistry and physics, warn respected scientists Hervé This, Nicholas Kurti and Harold McGee. For them, “all foods are complex disperse systems.” The colloidal — emulsions, foams, gels — is the simplest one. We now have new hydrocolloids that are thickeners, gelling agents, emulsifiers and more. The complex explanation, according to Hervé This, is that food involves more than two systems. A sauce Béarnaise, for example, involves three systems! And, God, how did I live all these years without knowing that? We could have vaguely guessed that food was mostly water, but frankly, I ignored that this water was “organized,” as explains more or less clearly Monsieur This. For him, this understanding and discovery of the chemical and physical transformation under various factors and agents is essential to the knowledge of food. It is the foundation of a new science, the “right way” to prepare dinner and in its wake begins the reign of “molecular gastronomy” based on this laboratory-inspired cuisine. Ferran Adrià, once dubbed the pontiff of Molecular Cuisine, now describes himself simply as a “deconstructivist.” Certainly, food, I accept, has to be deconstructed before it is reconstructed. “Molecular Gastronomy,” contends Adrià, “is a marketing operation.” Voilà for the chemists. He is joined by fellow culinary superstars Heston Blumenthal, Thomas Keller and Pierre Gagnaire in repudiating the term Molecular Gastronomy, swearing they were not influenced by the workshop of the chemists that developed it. I am a bit lost but somewhat reassured by the chefs’ proclamation. Otherwise, before savoring the fake caviar made from sodium alginates, the burning sherbet, the artichoke foam delight in a siphon and the inverted Baked Alaska hot inside and cold outside, to understand the beauty of the new colloids in a complex disperse system and drink organized water, I would have been pressured to enroll for a semester of chemistry. As a compromise, I might just continue eating what my un-updated palate and stomach accept, feeling a tad guilty about ignoring the scientific intricacies of the upcoming new age of Epicureanism. Check our recent take on a semi-molecular, or progressive American, restaurant wd-50, where they serve aerated foie gras. Related Content: Molecular Gastronomy Top 10 Molecular Gastronomy Restaurants in the U.S. My Life as a [Molecular] Blog The End of Culinary Alchemy? You can click on each photo to enlarge. 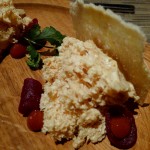 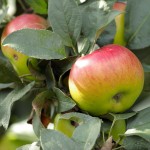 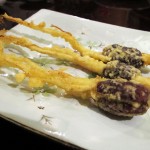 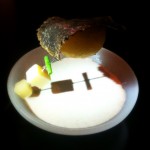 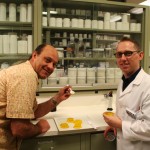 Alain Gayot and Ted Russin in the food lab 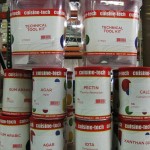 Xantham gum and other chemicals used in molecular cuisine 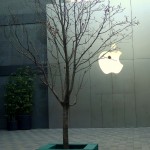 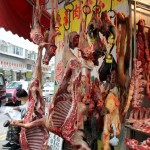 Exotic meats at the Wan Chai Market in Hong Kong