We Raced Obama, and Won!

by Jeff Hoyt Congratulations to President Obama for finally getting behind the wheel of the Chevy Volt electric vehicle with extended range capability during a visit to the Compact Power battery plant in Holland, Mich. LG Chem, the parent of Compact Power, is making the battery cells for the Volt, which goes on sale late this year in California, the Washington, D.C. area, and Michigan. But we beat the President to the punch, experiencing the car powered with electricity at all times way back in September of 2008 talked about the car’s importance with the former Vice Chairman of GM Robert Lutz before he retired. The Volt, with its range of about 340 miles, was even used by Olympic athletes back in February in Vancouver.
Given the situation from the unemployment lines to the American car industry to the Gulf spill, don’t you think the President is thrilled to sit in a domestic automobile that can create more jobs in the US as well as end our dependence on oil?

We have a lot more information on the Volt specifically, and automobiles in general. Don’t forget to test drive out top 10 car lists!
You can click on each photo to enlarge. 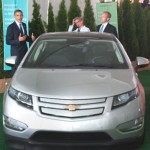 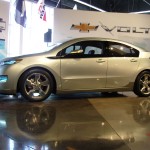 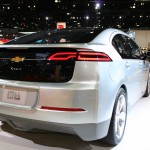 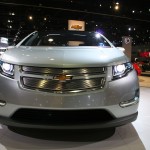 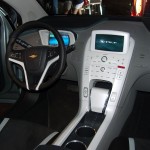