by Sophie Gayot   Despite the threat of rain, which became the reality of rain, zebras, llamas, dromedary camels and horses were out to welcome the more than 2,000 hungry guests who attended Los Angeles Magazine’s The Food Event 2010. It was once again held at the beautiful Saddlerock Ranch in Malibu, home to Malibu Family Wines, which produces Saddlerock and Semler Wines.   Some 80 restaurants and wineries came together for the 5th edition of the event, which donated  proceeds to the Kids Courage Foundation. I sampled quite a few dishes. Chef Warren Schwartz from Westside Tavern in West Los Angeles will be happy to learn that he was the winner of the day. He had prepared a delicious braised short rib crostini on caramelized onions accompanied with a horseradish/chive cream. After talking with Michael McCarty from Michael’s restaurant about his 2007 Pinot Noir from his own winery The Malibu Vineyard (watch my exclusive video), I indulged in white truffle pizza from Tra di Noi Ristorante in Malibu from chef Francesco Velasco (another video to watch). A stop at the new The Capital Grille in West Hollywood confirmed the impression I had from a previous tasting: the combinations of ingredients don’t match. The Indian spices mixed with the mustard oil on the Wagyu beef carpaccio are not a fit; neither are the black pepper mascarpone, lemon oil, and fig essence with King salmon cured with fennel pollen. My suggestion is to keep it simple.   Then I enjoyed a few (too many) chocolates from the Bread Basket Cake Company before heading  to the Conversation Lounge to listen to “The Public Perception of L.A.’s Food Scene.” The speakers were three Top Chef Masters: Govind Armstrong from 8oz. Burger Bar; Susan Feniger from STREET & Border Grill; and  Mark Peel, who appeared on the same episode as me on season 8 of Hell’s Kitchen. The topic, moderated by Merrill Shindler and Lesley Bargar Suter, quickly became “Bashing Michelin.” You might remember the words of the soon-to-be-ex director of the Michelin guide who said in an interview with John Mariani: “The people in Los Angeles are not real foodies. They are not too interested in eating well but just in who goes to which restaurant and where they sit.” Seems that LA chefs don’t  agree, and are not too happy about it!   Keep coming back to GAYOT.com for culinary events in LA, near you, and around the world.   You can click on each photo to enlarge. All photos Sophie Gayot © GAYOT.com 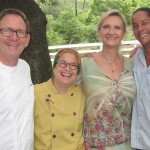 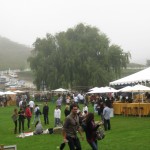 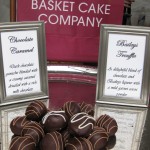 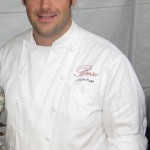 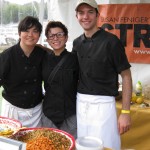 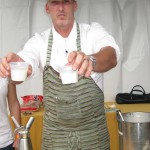 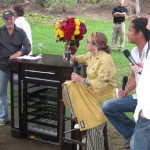 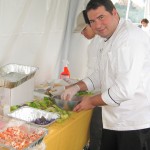 Chef Olivier Rousselle from On Sunset Restaurant at Luxe Hotel 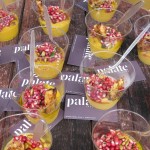 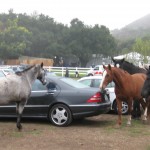 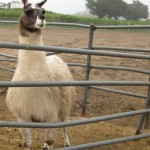 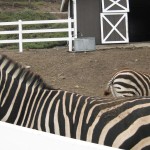 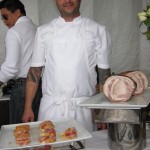 Seth Greenburg of The Penthouse at Huntley Santa Monica Beach 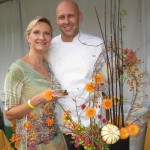 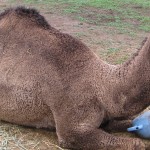