Last night, as I was leaving the Geffen Playhouse in Westwood, I was trampled by a mass of frantic fans hoping for an autograph and a picture. The group was not looking for me, but rather Tom Hanks who was stepping out of the theatre to address the mob. I tried to get through the high-energy crowd by telling them, “Let me out”; their attention was ONLY focused on Hanks. But what were we all doing there?

Tom Hanks and his wife Rita Wilson had organized a “reading” of Shakespeare’s “The Comedy of Errors” with a star-studded cast to benefit The Shakespeare Festival in Los Angeles. The proceeds from the event went to support operational costs of youth and education programming, as well as professional theatrical performances.

The performance was unique in that the actors read their lines from the script—an interesting outcome of their busy schedule! 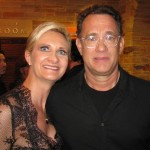 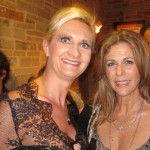 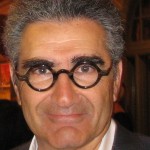 Eugene Levy as Angelo the Goldsmith 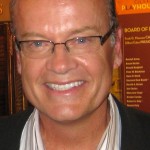 Kelsey Grammer as Antipholus of Syracuse 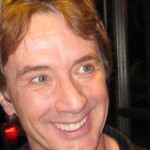 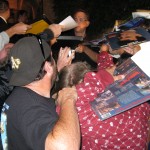