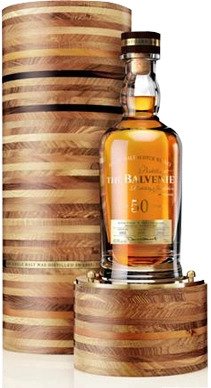 Two important events took place at the Scottish firm William Grant & Sons in 1962. David Stewart was hired as an apprentice, and cask #5576 was filled with newly distilled whisky from The Balvenie Distillery. Although Scotland and its namesake spirit have a long and glorious history, the country hadn’t even begun exporting single malt Scotch at the time. Stewart rose through the ranks and became a Malt Master for the company (which owns distilleries including The Balvenie and Glenfiddich), nosing more than 400,000 casks of whisky through the years, while that single barrel matured. Many of Stewart’s techniques working with single malt whisky, such as aging the spirit in two different types of barrels, became industry standards, and he earned numerous accolades while that oh-so-special European oak sherry hogshead continued to age, mellow and evaporate.

Fifty years later, Stewart has become a consultant to the company, and that cask was finally bottled. We were lucky enough to attend an event at Mastro’s Steakhouse in Beverly Hills honoring Stewart’s fifty years of contributions to the Scotch whisky industry as well as taste the whisky that was five decades in the making.

Before tasting the aptly named The Balvenie Fifty, we talked with Global Ambassador Samuel Simmons and Brand Manager Andrew Weir, sipped on a Scotch cocktail dubbed Blood and Sand, heard from the esteemed Malt Master himself, enjoyed lobster bisque and a Kansas City steak, and savored The Balvenie 12-year-old DoubleWood and 17-year-old DoubleWood. We found the former, which spent twelve years in a used American oak bourbon barrel before mellowing for a few months in a European oak sherry barrel, to be playful and honeyed, with hints of vanilla from its first home and cinnamon spice from its second. The 17-year had a deeper color, with more wood on the nose and more honey on the palate.

We were impressed with the special packaging of The Balvenie Aged 50 Years which included layers of seven different Scottish woods to make the box, but the contents were the star of the show. On the nose, lemons and other citrus fruits showed along with the aromas of its younger siblings. We hesitated before bringing the half-ounce pour to our lips; with bottles retailing in the $32,000 range, this was not a shot to be downed thoughtlessly. We found it to be ultra-complex with the oak of the barrel balanced well against the honey sweetness. When the waiter tried to clear the table, we held on to our glasses in order to finish the last of the few drops that remained from our oh-so-treasured pours. We even kept the glasses which retain a ghost of the flavor.

Only 88 bottles of The Balvenie Fifty are available for sale, with ten in the U.S. You can try it at Mastro’s, or at The Cosmopolitan of Las Vegas where a shot will set you back $3,400. About 400 bottles of whisky filled the original cask, but most of it evaporated over the last fifty years as the liquid and barrel interacted. This lost portion is known as the “angel’s share.” Dame Barbara Hay, the British Consul-General currently based in Los Angeles, may have put it best as she honored David Stewart and The Balvenie Fifty: “I thought about the angels; they must be really happy!” And so were we, as well as honored to have sampled this complex, rare and exciting beverage. 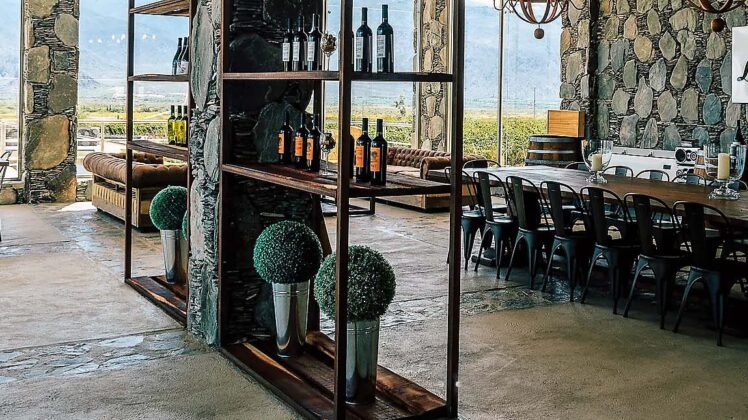