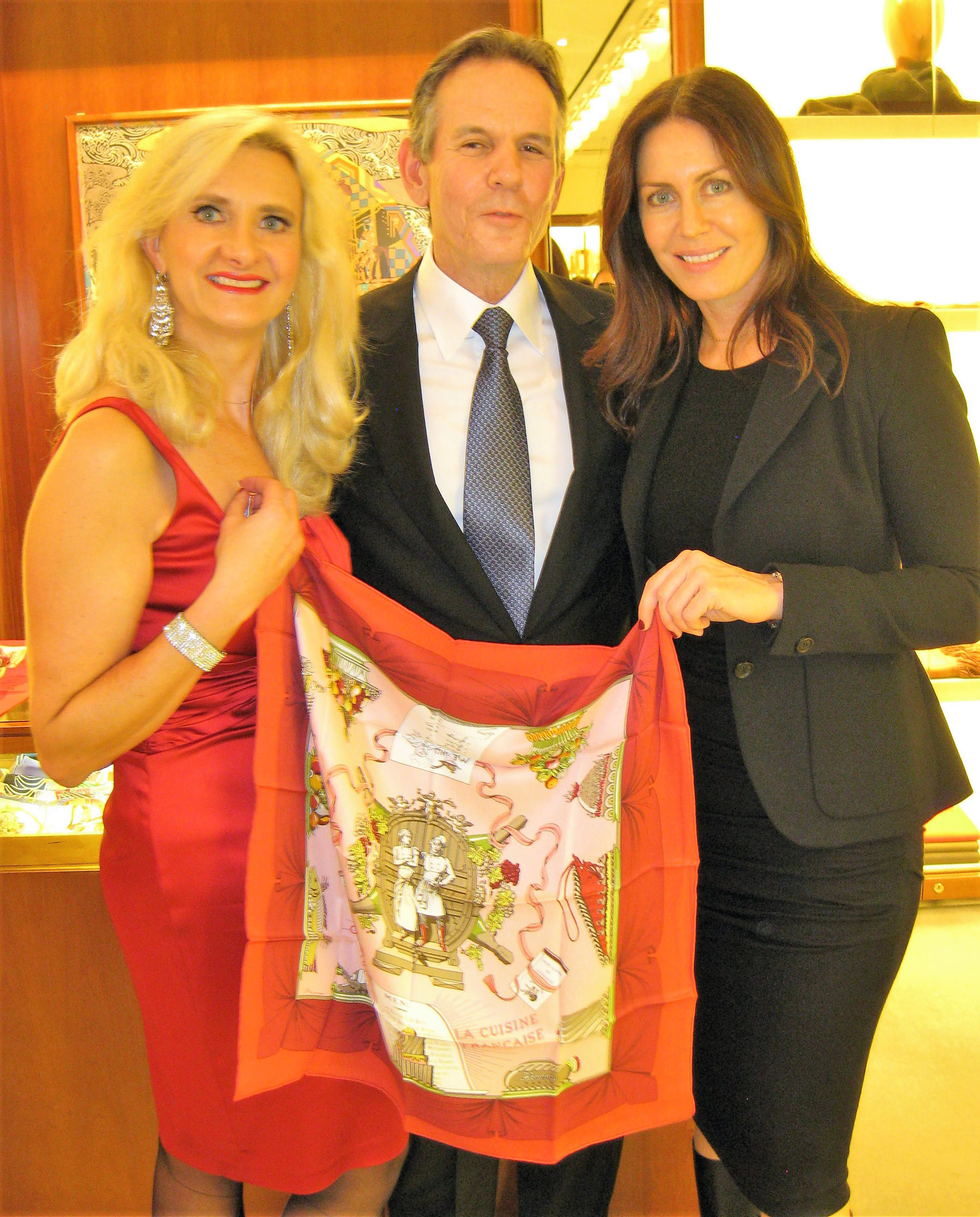 Last week, Hermès Beverly Hills stayed open late to welcome guests to support The Bocuse d’Or USA Foundation. Not only were we plied with Champagne, but Bouchon Beverly Hills executive chef Rory Herrmann satisfied our appetites with delicious canapés, including gruyère cheese gougères with truffle Mornay sauce; fresh & smoked salmon rillettes on toasted crouton; and my favorite, the “BLT” (house cured bacon, arugula purée and black winter truffle on toasted pain de campagne). Herrmann was cooking in the dark, outside in the parking lot behind the store, yet he nevertheless managed to deliver the quality we expected.

Chef Thomas Keller is the president of The Bocuse d’Or USA Foundation. I think the best way to explain what the organization is all about, is to listen to the speech he gave that evening. Lucky for you that we proudly have the only video copy. As Hermès has been famous worldwide for the very luxurious high quality of their products since they opened in 1837, it makes sense that they are involved with the world’s most rigorous culinary competition.

As part of the tie-in, the US branch released a limited-edition scarf called “A la Gloire de la Cuisine Française,” available for $308 only in the New York and Beverly Hills stores. The proceeds of 600 “Carré Hermès” will go to The Bocuse d’Or USA Foundation (300 in red in California, 300 in blue in NY, all 70 x 70 cm).

If you want to know more about chef Thomas Keller and his celebrated The French Laundry, you can watch my exclusive video interview with the only chef in America who has two restaurants (the other being Per Se) on the 2011 GAYOT.com Top 40 Restaurant list.