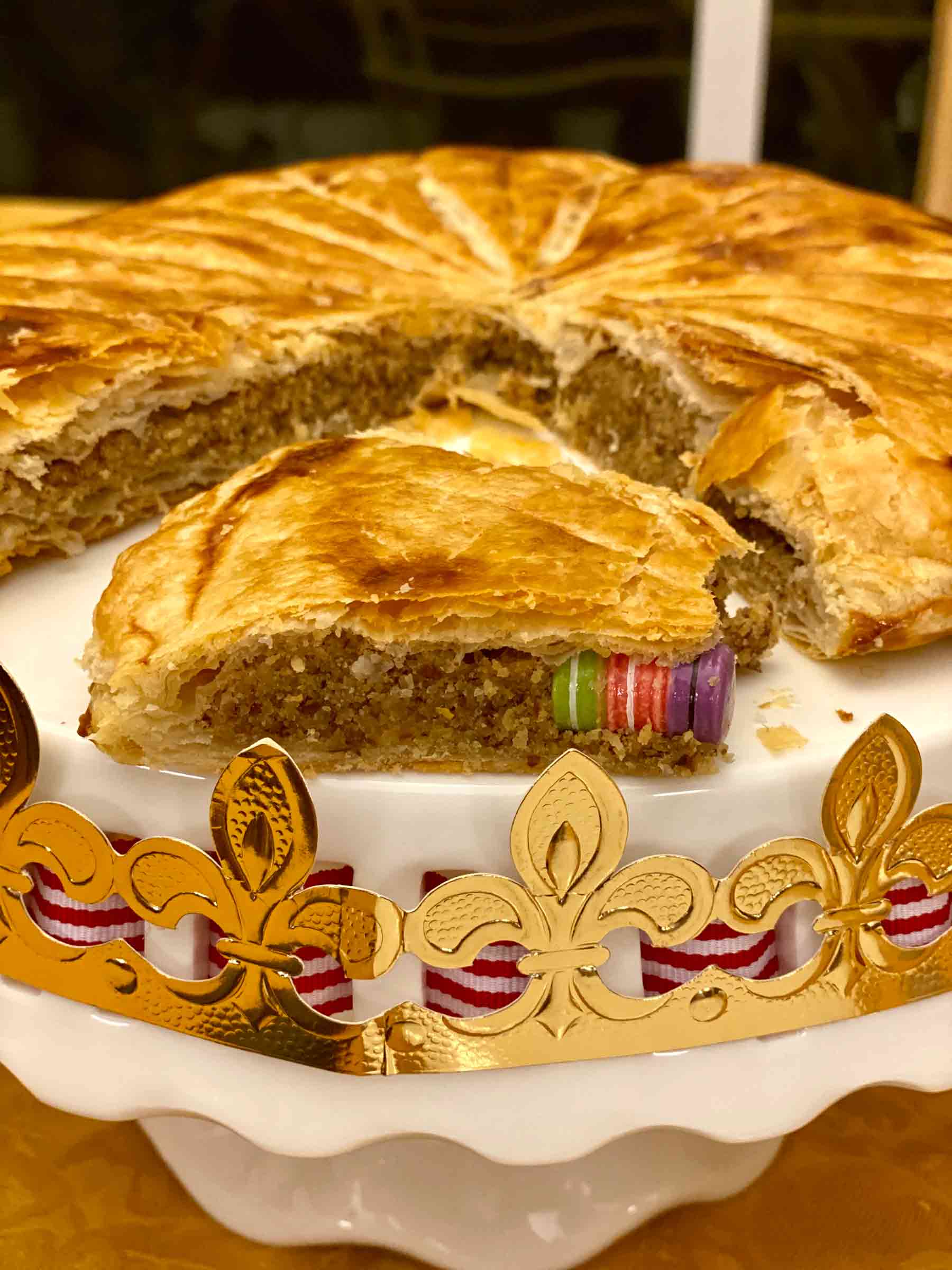 La Galette des Rois, King’s Cake, is a French tradition celebrating the Epiphany, happening on January 6th — and as the French are gourmands, you now find galette des rois for almost three weeks in bakeries and grocery stores all over France.

Here is how it works. Hidden in la galette is a fève, a small trinket. (The French word translates to fava bean, which is what was originally hidden in the dessert.) The youngest child goes under the table, and calls by name who gets the serving being pointed out by someone at the table to ensure that the part is attributed with no knowledge of where the fève might be. Whoever gets the fève is the queen or the king and gets a crown for her or himself and a second one for her king or his queen to be crowned among the guests around the table. Vive le Roi! Vive la Reine!

One of the versions of la galette des rois is puff pastry layers filled with an almond cream inside (frangipane) — some don’t have cream.

Here is a simple recipe to make it at home.

> Follow the step by step instructions with the video above.

> We recommend pairing the Galette des Rois with cider.