Love them or hate them, let’s face it — we wouldn’t be here without our mothers, which is why we’ve created this list of the best moms to ever grace the silver screen. But by “best” we don’t exactly mean the “best behaved.” You won’t find any Mrs. Cleavers on our list — these mothers have character, complexity … and maybe even a little craziness.

Whether it’s a tough-yet-tender adoptive mother, a nightmarish mother-in-law or a wire-hanger-hating matriarch, GAYOT’s Best Movie Moms offers a great primer to the many (entertaining) faces of motherhood. 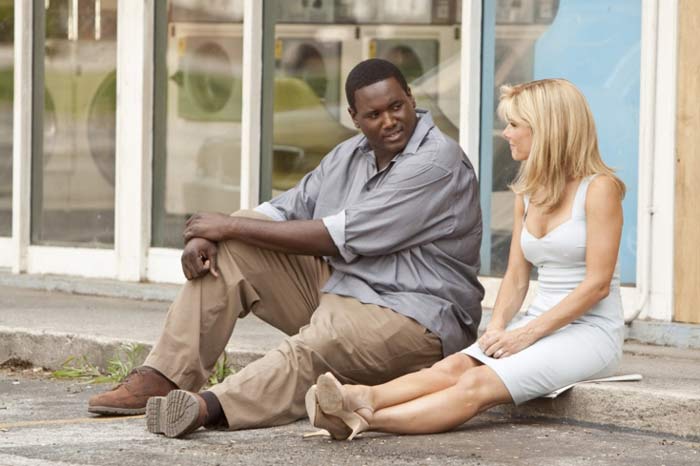 “The Blind Side” is based on the true story of one mother’s decision to take in a homeless teen.

When Leigh Anne Tuohy (Sandra Bullock), adopts Michael Oher (Quinton Aaron), she makes it her mission to open him up to a world of opportunity. Not only does Leigh Anne treat Michael as one of her own children, she invests in his education and supports his talent for football. Through ups and downs, she’s his number one fan, always encouraging Oher from the sidelines, showing that a mother’s love ignites inspiration. 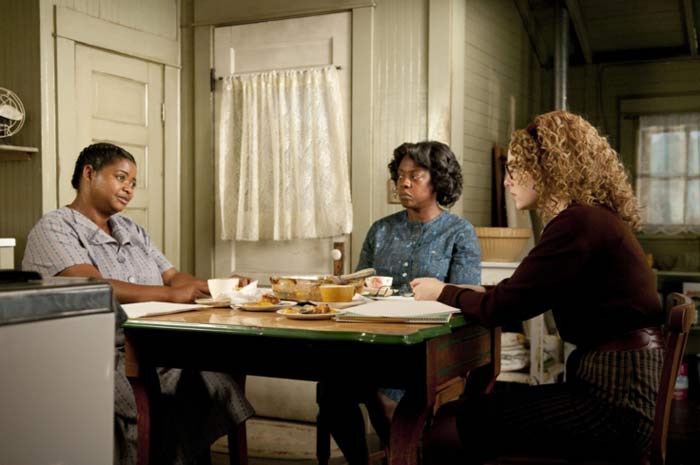 A brilliant adaptation of the best-selling book about a group of women living in 1960s Jim Crow South.

Although “The Help” focuses on the prejudice African-American maids faced serving well-to-do white families in the 1960s South, an uplifting narrative on motherhood surfaces, as well. Viola Davis shines as Aibileen Clark, a hard-working maid who cares for not only her own children, but also the toddler of her employer, Elizabeth. Aibileen’s strength as a woman and mother is remarkable, and highlights how moms can positively impact much more than just their own household. 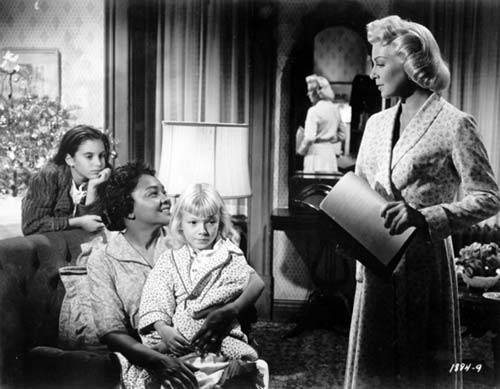 A true examination of motherhood, as well as black and white racial issues.

This Lana Turner melodrama has become a cult classic for women. It’s director Douglas Sirk’s final film and, though often written off as a soap-operatic chick flick, it showcases some of his best work.

Meet Helen Parr — wife, mother and ultra-flexible superhero. Also known by her crime-fighting alias, Elastigirl, Helen (voiced by Holly Hunter) is one mom you don’t want to mess with. A strong role model for her children, she showers them with affection but also supports their independence — and their budding superpowers. Oh, and did we mention she shields her kids from a missile blast and goes up against a nasty villain to protect her family? 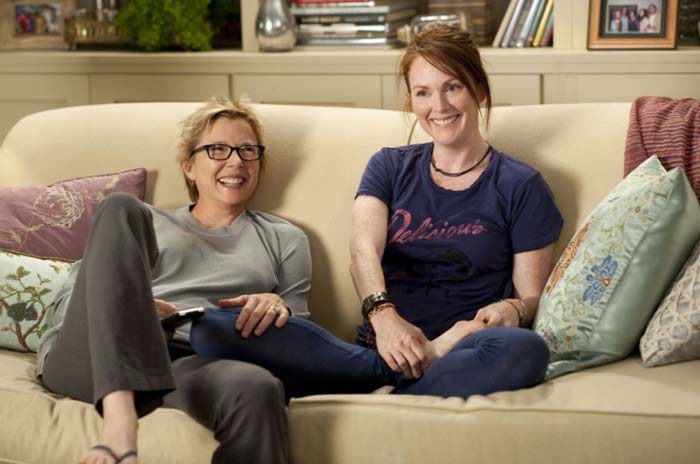 Two moms are better than one, in The Kids Are All Right.

This award-winning dramedy tells the story of two teenage kids of a married lesbian couple who find and bring their biological dad into their family life. Featuring a stellar ensemble cast including Annette Bening, Julianne Moore and Mark Ruffalo, “The Kids Are All Right” is a smart, funny and sometimes sexy film with a unifying underlying theme: family life is messy and complicated, yet utterly rewarding. 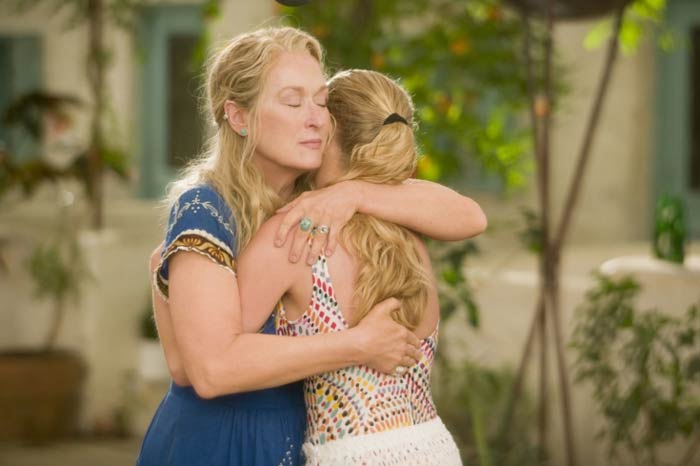 There are many versions of Mamma Mia! to choose from, this 2008 film starring Meryl Streep and Amanda Seyfried is among the best.

A 20-year-old bride-to-be (Amanda Seyfried) finds out that there are three men who could be her father and invites them all to her mother’s home in Greece before the wedding to determine who should walk her down the aisle. Meryl Streep is delightful as a promiscuous yet loving single mom who sings and dances her way through a soundtrack of ABBA hits. 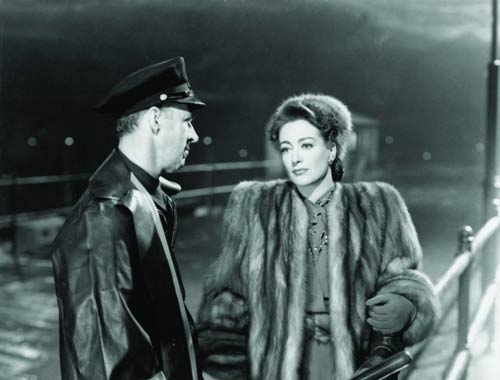 Joan Crawford delivers an Oscar-winning performance in this murder mystery.

This was a comeback for Crawford in the title role as a successful single mom dealing with an increasingly difficult relationship with her haughty, demanding daughter. Added bonus: Crawford (a woman!) does the voiceover — a rarity in the noir genre. 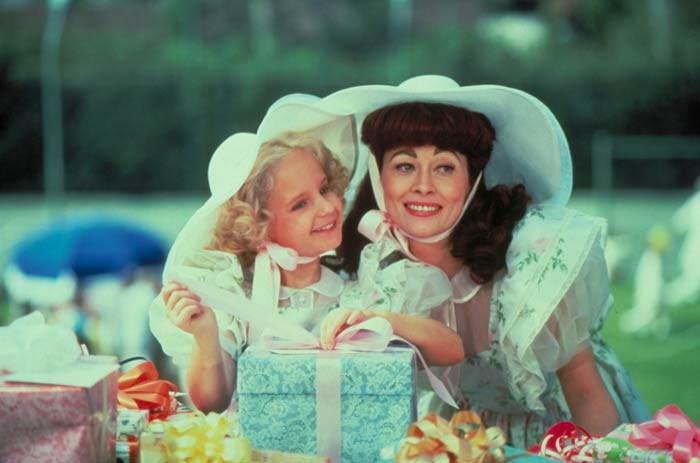 The Frank Perry film starring Faye Dunaway that is so bad it’s good.

This piece of tabloid camp — based on the real-life tell-all by Joan Crawford’s adopted daughter — falls in the “so bad it’s good” category. It’s a marvelous role for Faye Dunaway. “No wire hangers!” 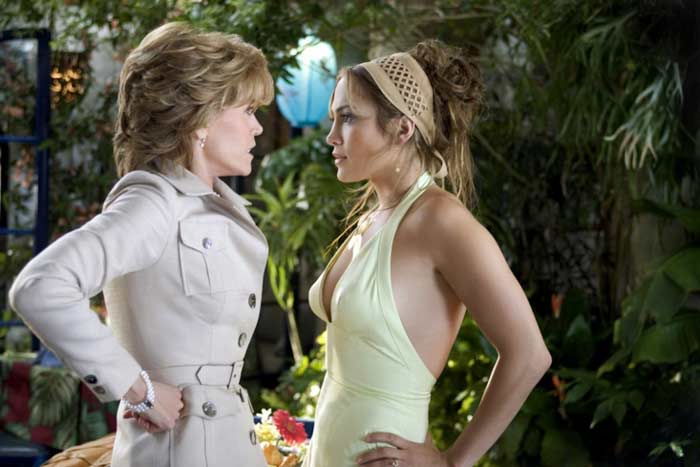 This hilarious romantic comedy examines the most misunderstood of all maternal figures — the mother-in-law.

Jane Fonda shines in her role as Viola Fields, an overprotective mom with a mean streak. When her son announces his engagement to Charlie (Jennifer Lopez), Viola goes on a mad pursuit to sabotage the wedding. With help from her assistant Ruby (Wanda Sykes), this mother-in-law from hell pulls out all the stops, from an attempted poisoning to wearing white on the wedding day. A warning to all soon-to-be brides: Beware the monster-in-law! 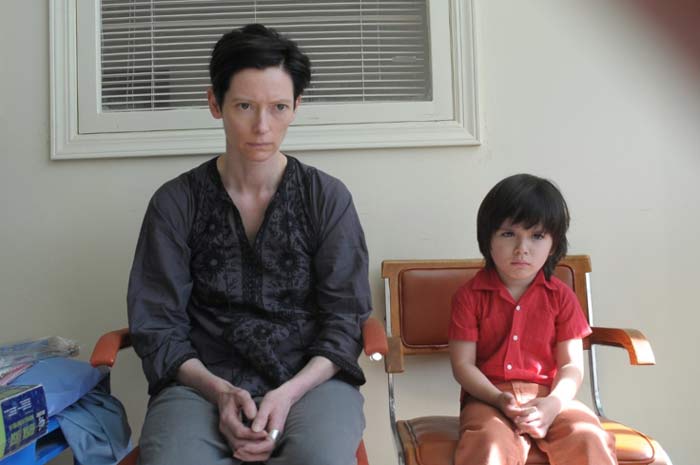 The always splendid Tilda Swinton plays the role of a mother who fears her son is growing up to be a psychopath in this unsettling, well-paced drama.

Since we don’t want to be spoilers, suffice to say a horrid incident involving her malevolent son Kevin causes Swinton’s character to live a strange and anguished life. The movie takes us back to Kevin’s early childhood, to illuminate the events that led up to his violent grand gesture. Swinton is joined by a well-cast Ezra Miller as teenage Kevin along with John C. Reilly as the hapless, buffoonish dad.