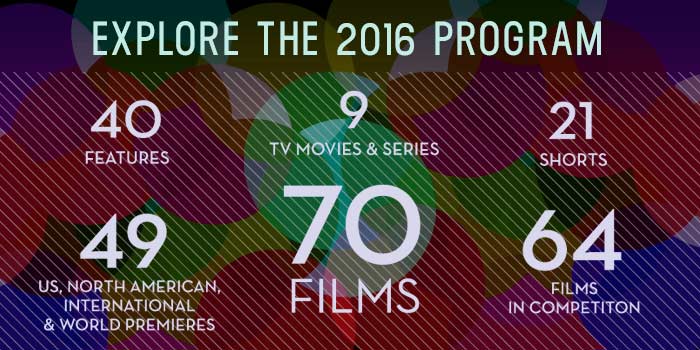 The opening night kicks off on April 18th with the North American premiere of “Monsieur Chocolat.”

This nine-day event presents cinema fans in Los Angeles with the opportunity to view dozens upon dozens of French films, ranging from shorts to documentaries to dramas to romantic comedies.

The opening night kicks off on April 18th with the North American premiere of “Monsieur Chocolat,” a biopic/drama about Rafael Padilla, a Cuban native who gained fame performing as a clown in Paris during the Belle Époque era. The film will be followed by a discussion with co-writer/director Roschdy Zem and actor Omar Sy.

Other special screenings include the North American premiere of “Saint Amour” on April 21st. This comedy features Gérard Depardieu and Benoît Poelvoorde as a father-and-son duo on a rowdy road trip through the wine-growing regions of France. During their escapades, they encounter a red-haired siren named Venus portrayed by Céline Sallette, who learned how to ride a horse for the role.

Returned themed series include COLCOA Classics Series, the After 10 Series, Happy Hour Talks in association with Variety, the Film Noir Series, the French NeWave 2.0 Series, the Short Film Competition, The Focus on a Filmmaker (Jean-Paul Rappeneau: April 21) and The Focus on a Producer (Dominique Besnehard: April 23-25).

Admission: Ticket prices are $13 for adults; $10 for seniors and members of American Cinematheque, ASC, ICG, Film Independent, SAG, LACMA and Women in Film; $5 for students and under 21. Select screenings offer complimentary admission.