With Pascal Sanchez at Twist by Pierre Gagnaire, Las Vegas 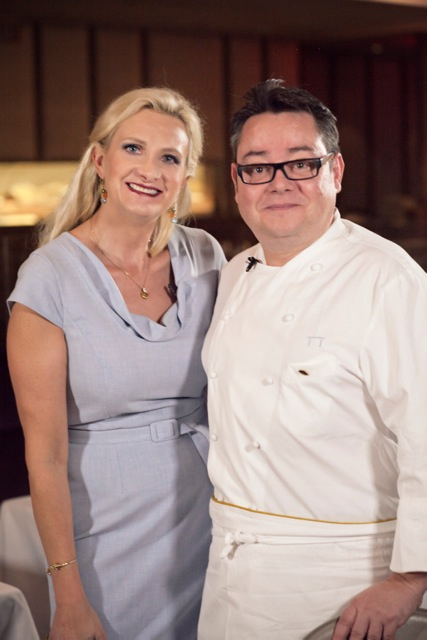 When I am in Las Vegas, besides dining at the restaurants, I also like to tour them and say hello to the chefs to learn more what’s going on in this exciting restaurant city. So here I am with Pascal Sanchez, the chef de cuisine at Twist by Pierre Gagnaire. The restaurant is perched on the twenty-third of the luxurious Mandarin Oriental Las Vegas hotel. The view is great, as you can imagine.