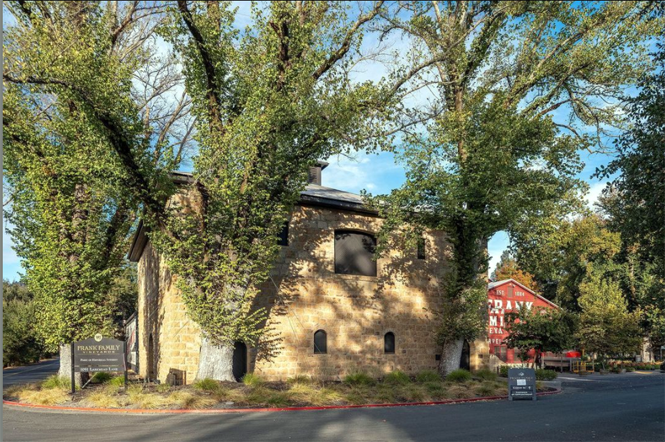 Zinfandel is thought to be one of the oldest grape varietals from which wine is still being made. There is evidence that places the first Zinfandel wine, ancestors in the Caucasus, at approximately 6000 BC. Research conducted by UC Davis viticulturists has given insight into the history of the grape and its path. The Primitivo grape in Puglia, Italy, was found to be genetically identical to Zinfandel; however, Italians were sure it was not one of their traditional varietals. Historically, Croatia has had several indigenous varieties related to Zinfandel, but most were lost in the late 19th century.

One well-documented route of Zinfandel to California indicates that the grape came from an Austrian collection, and it is possible that Austria obtained the vines during its rule over Croatia. It wasn’t until 2001 that researchers discovered just nine remaining vines of locally-known “Crljenak Kaštelanski” on Croatia’s Dalmation coast. DNA fingerprinting confirms that the ancient Croatian variety has the same DNA structure as California Zinfandel. Historians have traced Zinfandel’s roots in the United States back to the 1820s, when George Gibbs, a Long Island, New York, nursery owner, brought cuttings from the Imperial Collection of Plant Species in Vienna, Austria. By 1832, a Boston nursery was advertising “Zinfendal” vines for sale, and sometime between 1835 and 1845 “Zinfandel” had become a popular grape in the Northeastern United States, grown mainly in hothouses. Around that time, Frederick Macondray, a nursery owner from Massachusetts, is credited with bringing Zinfandel vines to California.

After the 1849 Gold Rush, timber and wire were scarce. Production of Zinfandel grapes surged because it could easily be cultivated using the traditional European “head pruning” technique, requiring no timber or metal wire, and is a technique still used today. Zinfandel’s appeal soared during this time because it grew vigorously and provided miners with a versatile, substantial beverage.

Zinfandel’s expansion in the 20th century is a testament to its hardy constitution. While most of California’s vineyards were destroyed by phylloxera in the late 1800s, Zinfandel vines were among the first vines replanted on rootstock starting around 1885. By mid-century it had become the most important varietal among California red table wines – an 1888 census shows that over one-third of all grapevines were Zinfandel.

As vineyards were replanted, after phylloxera destroyed most Northern California vineyards, Italian immigrant families took a lead in growing and making Zinfandel. They brought with them the tradition of “field blends” which meant they planted a sprinkling of additional varietals – Petite Sirah, Alicante Bouchet, Carignane – which co-mingled with Zinfandel in the vineyard. These grapes are harvested along with the Zinfandel clusters, crushed and blended from vineyard to bottle…adding a new complexity to the wine.

The wave of blush wines in the 1970s started when California wineries began to draw free-run juice from Zinfandel grapes, fermenting it as “white” Zinfandel. This started a trend that actually led to the preservation of old Zinfandel vines. Red table wines were decreasing in popularity, and the growers would have been forced to graft over to other varietals, and the old vines would have been lost forever.

Frank Family Vineyards was founded in 1992 by former Disney Studios President Rich Frank. First constructed as the historic Larkmead Winery in 1884, the stone building on property is the third oldest building in Napa and appears on the National Register of Historical Places. Today, Frank Family has grown to encompass more than 380 acres of vineyards across Napa Valley’s most acclaimed appellations.

A notorious unevenly ripening grape varietal, Zinfandel is difficult to grow in certain years, but 2018 brought generous sun and a long, mild harvest season which provided for grapes ideal conditions to ripen fully. After a traditional fermentation, the wine was aged for 16 months in 33% new and 67% once- and twice-filled French oak barrels.