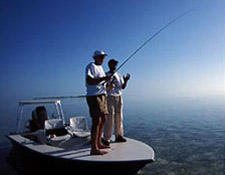 GAYOT.com serves as an honest and professional resource on dining, travel and leisure around the world.

André Gayot, who with his friends Henri Gault and Christian Millau coined and promoted the term “Nouvelle Cuisine” in the early 1970s, had been directing sophisticated travelers to the world’s best restaurants, hotels, shops and attractions since 1969.

His expertise provided the foundation for GAYOT guide books in the United States, beginning in 1981.

GAYOT.com launched in 2002 with rated restaurant reviews and the addition of Sophie Gayot, André’s daughter, to the management team.

Sophie regularly travels between Paris and Los Angeles and has been featured on many entertainment broadcasts, including Fox’s “Hell’s Kitchen” where she served as guest judge on several episodes.

She often appears on radio shows to share her latest discoveries both in the City of Angels and City of Light.

> Read some of Sophie’s articles.

Alain Gayot, André’s son, participated in the launch of the American guide book series and began researching ways to distribute the content electronically, initially with Minitel technology in the early ’90s, later with partners of the Prodigy network, and finally on the web with AOL and other media companies.

> We are so heart broken to announce that Alain passed away on September 21, 2016.