A Wall of Freedom Today The fall of the Berlin Wall was a big deal in Los Angeles last night. The sister city of Berlin commemorated the 20th anniversary of the fall of the Wall with the ceremonial breaking of a symbolic foam one installed across from LACMA on Wilshire Boulevard. To mark the occasion, the boulevard, a major LA artery, was closed for the event between Fairfax and Spaulding Avenues.

The symbolic collapse at midnight was presided over by German chanteuse Ute Lemper, Councilmember Tom LaBonge of the Fourth District and Frank Mottek from KNX1070. “This wall is an enduring symbol of how the world can change for the better in one dramatic historic moment, and I’m very proud that it’s here in Los Angeles,” said LaBonge. Mottek was impressed by the thousands of people gathering at midnight in Los Angeles twenty years after the fall of the Wall, showing its historical significance

On the other side, on the lawn of 5900 Wilshire Blvd., the largest remaining piece of the original wall, outside of Berlin, featuring art by Shepard Fairey and Thierry Noir, who painted the Berlin Wall in 1984, was installed, for a few days, by the Culver City-based Wende Museum of the Cold War.

Today, on November 9, we are all Berliners as celebrations take place around the world to commemorate the historic anniversary. To mark the occasion, Röckenwagner Bakery and 3 Square Café & Bakery in L.A. will offer the iconic and delicious Berliners (jelly donuts) by the dozen, and bake classic German pretzels (whose shape and twist have come to symbolize the reunification). 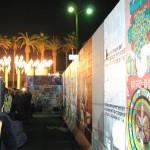 The foam wall before the fall in front the LACMA 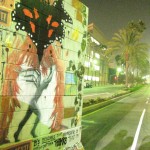 Wilshire boulevard closed in commemoration of this historical event 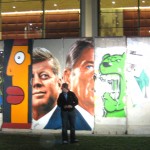 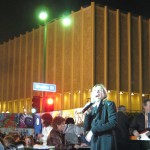 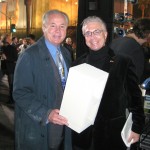 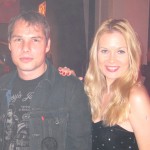 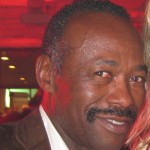 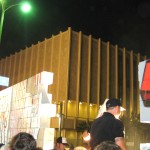 The symbolic foam wall on Wilshire Blvd. is now down 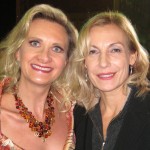