An Elegant Dinner for a Cause

The chefs who donated their time for the 2009 Flavors of Los Angeles Culinary Gala with Sophie Gayot, holding roses from Cherry Blossom

Last night, the Greater Los Angeles Division of the American Liver Foundation held its third annual Flavors of Los Angeles culinary gala, where I was acting as honorary chair, also for the third time. The event took place at City National Bank Plaza in downtown Los Angeles and began with a cocktail reception and a silent auction. Afterwards, eight Los Angeles chefs prepared a five-course feast with wine pairings for their personal tables of ten guests. I had the pleasure of mingling and interviewing each of them as they were cooking right in front of the patrons. Each table had a different meal, and I can assure you that they were all good.

On behalf of the American Liver Foundation, I would like to thank the chefs who donated their time and talent to support an evening which benefits so many in Los Angeles (listed in alphabetical order): Andy Cook, The London West Hollywood; Celestino Drago, Drago Centro; Katie Hagan-Whelchel, Beso; Calvin Holladay, Fleming’s Prime Steakhouse & Wine Bar; Kevin Meehan, Cafe Pinot; Gabriel Morales, Provecho; John Rivera Sedlar, Rivera; Shigefumi Tachibe, Chaya Downtown.  Did you know that 30 million Americans are affected by liver disease?  In fact, liver disease is now estimated to affect more people than those living with diabetes (type 1 and type 2) and all cancers combined. The American Liver Foundation (ALF) is the nation’s leading nonprofit organization for liver health promotion and disease prevention. Their mission is to facilitate, advocate and promote education, support and research for the prevention, treatment and cure of liver disease.

See all the chefs, and some of their food below. You can click on each photo to enlarge. 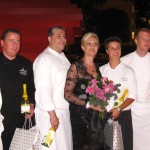 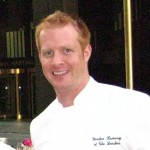 Andy Cook from Gordon Ramsay at The London West Hollywood 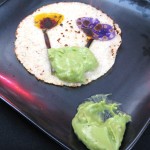 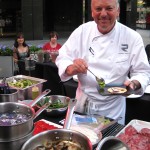 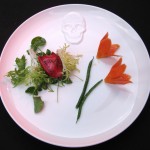 John Sedlar salad; check the detail on top of the plate 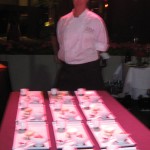 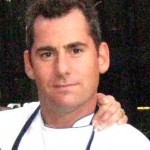 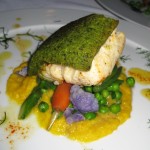 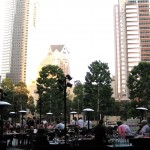 A grand setting for a grand dinner 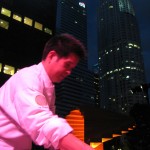 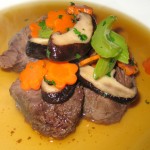 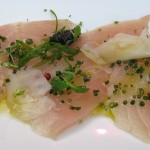 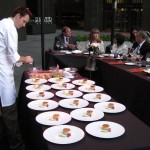 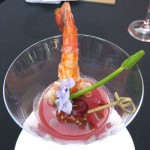 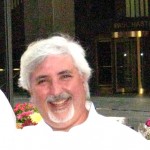 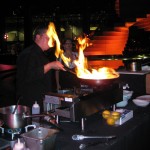 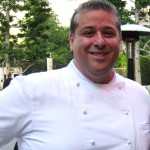