The Winners Are Double Winners! by Sophie Gayot   I was lucky to be a judge at the Los Angeles Epicurean Festival held today at the Sofitel Los Angeles, as I did not have to stand in line to enter the event. The line stretched from the second floor all the way to the hotel’s driveway. The Festival brought together culinary specialties and wines & spirits for visitors to discover or rediscover. There was also a competition where I had to pick the winning team along with my fellow judges: sommelier Mark Mendoza (Comme Ça), Josiah Citrin (Mélisse), Franck Savoy (director of restaurants for Caesars Palace in Las Vegas), Michel Richard (Citronelle) and Michel Cornu (Hospitality Culinary Director for Boisset Estates). Three teams of five contestants, composed of a sous chef, culinary student, pastry chef,  sommelier and mixologist, were put together after a drawing. They had one hour to fulfill their assignment: * the sous chef had to prepare a salad with the ingredients presented on the floor by the purveyors; * the culinary student had to bake a “tarte famblée”; * the pastry chef had to create a dessert that included chocolate wrapped grapes per a recipe of chef Michel Richard (one of GAYOT.com’s Top 40 Restaurants in the US); * the sommelier had to pair wines served by the attending wineries (a choice of over 500 labels) with the salad and the tarte; * the mixologist had to invent cocktails that paired with the salad and the dessert. During that one hour, I strolled around the booths. I tried some pâtés and chorizo from Fabrique Délices, chocolate truffles from Yvan Valentin, macarons from Les Macarons Duverger and more chocolate from Republica del Cacao. When the hour was over,  the judges started our work. Another hour later, the winning team was announced: Team # 3, composed by sous chef Alexandre Derenne, student chef Ryan Maguire, pastry chef Matthieu Chamussy, sommelier Mark Sadr and mixologist Tricia Alley. And they were so good that each of them also won the individual category prizes! I am happy to have spent most of my Sunday encouraging young inspiring chefs, sommeliers and mixologists. The higher the level of food and drinks, the better for the entire community.   You can click on each photo to enlarge. 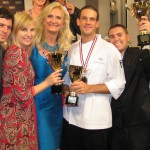 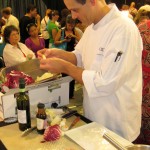 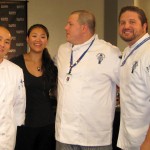 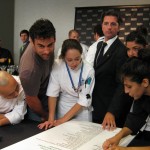 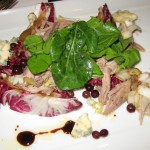 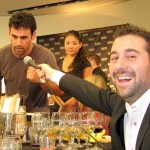 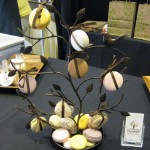 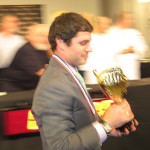 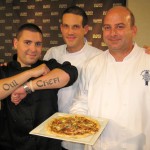 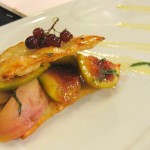 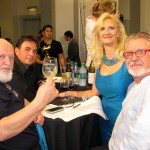 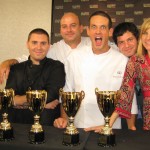 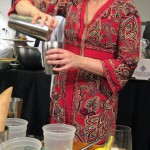 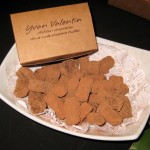 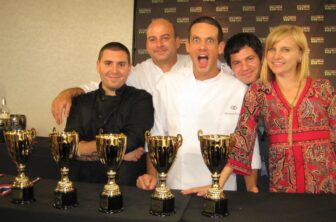 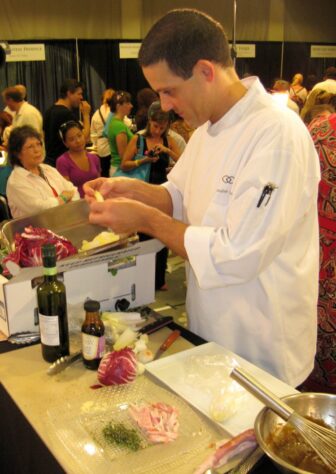 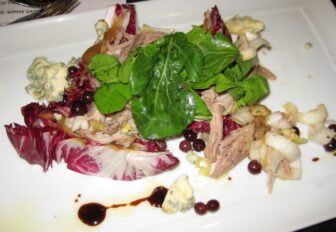 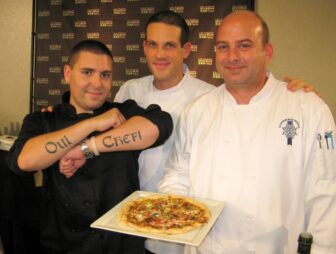 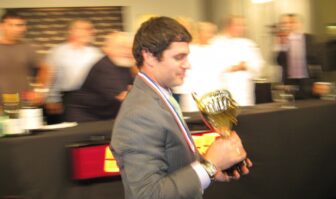 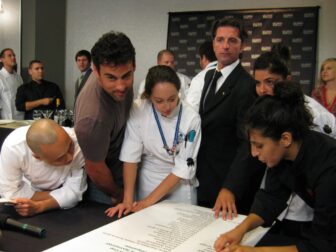 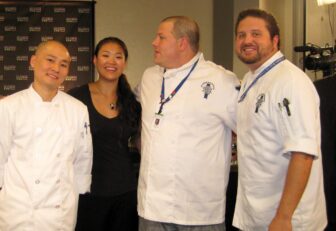 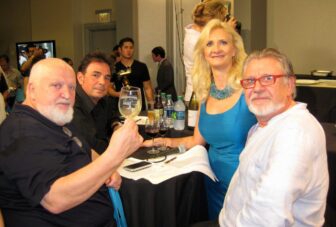 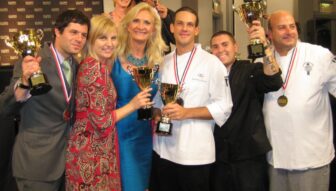 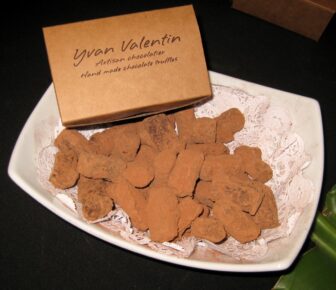 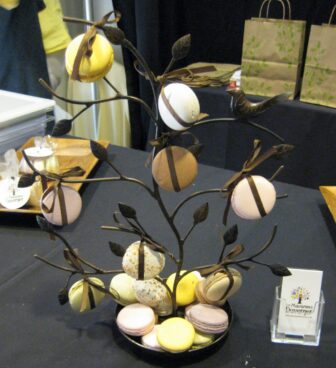 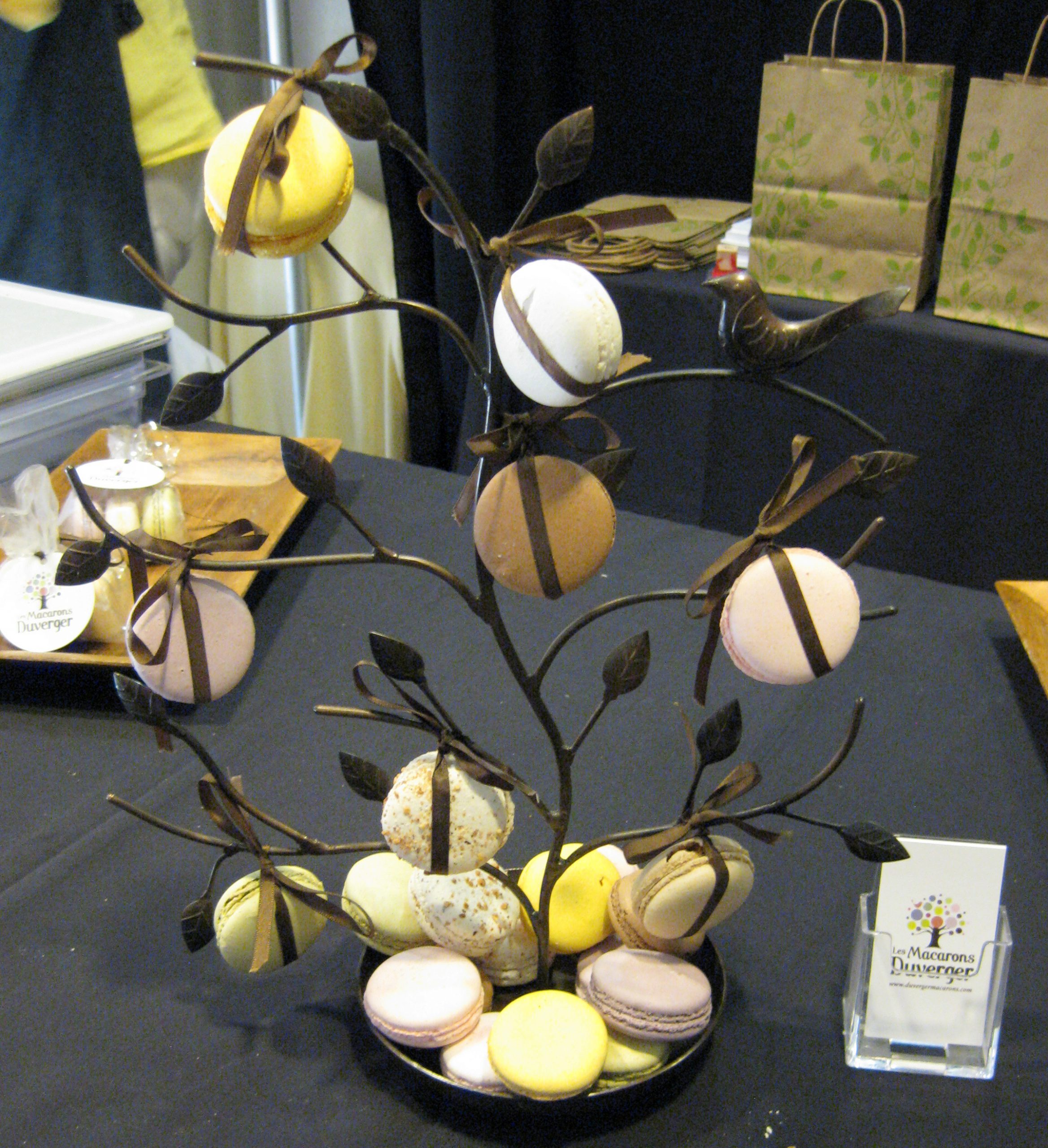