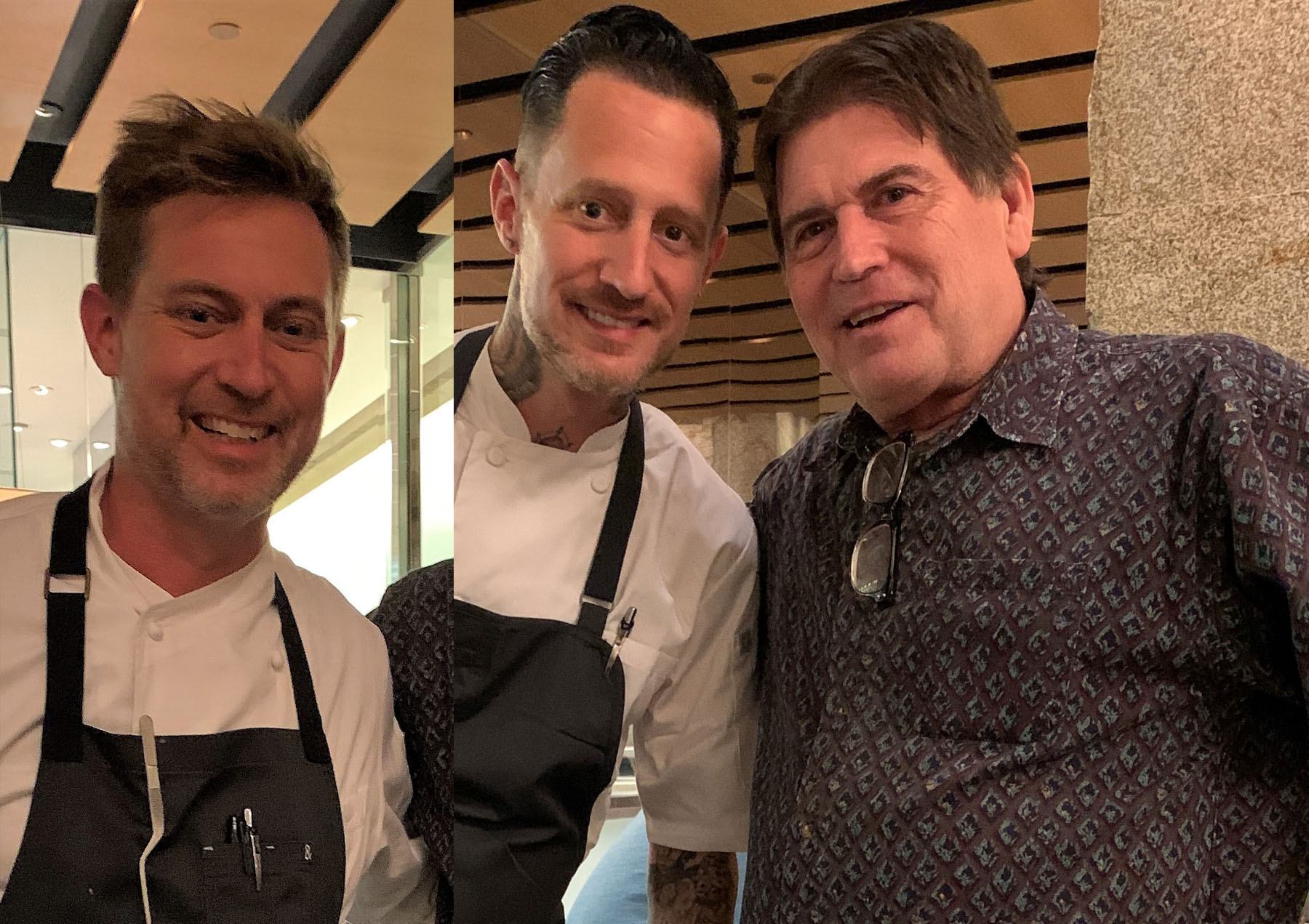 Brothers Bryan and Michael Voltaggio have made a name for themselves as highly successful restaurant owners (both individually and jointly) on both U.S. coasts. They became TV celebrities after competing against each other on the 6th season of Bravo’s Top Chef and subsequent appearances on several food programs.

Harvest at the Bellagio was the setting for a one-of-a-kind pop-up menu by the celebrity chef brothers, with a three-day event held January 14-16, 2022, as the restaurant suspended its normal operations and menu to host the special menu. The show kitchen at Harvest was ideal, as floor-to-ceiling windows offered a great view of the chefs and team in action.

The Menu
Regarding the menu creation, Bryan related, “Michael and I have been working on this concept for a really long time, and there are a lot of nuances in our cooking where we come together, with some inspiration of some things we’ve done before. In every dish there’s a piece of our history cooking together at our respective restaurants and now coming together on this concept we’re digging into our repertoire and looking at bringing some Italian American classics to the forefront in a new way.”

From Competitors to Business Partners
When asked about competing against his brother in Top Chef (Michael edged out his brother for the win in the season six finale), Bryan shared, “Top Chef in 2009 was the first time we competed and it actually brought us more together. Now we are business partners and working together, so it’s completely different.”

Michael added, “What’s good about that is we got all that out of the way when we were young, and now we’re business partners and just focus on supporting each other and building our company together. With two of us we can accomplish twice as much.”

Is a Las Vegas Restaurant in the Works?
The event was completely sold out, a testament to the popularity of the brothers and their Italian cuisine. One of the managers helping out was Fabian Forlini, the current GM of The Mayfair Supper Club, who has a history with the room as he opened Harvest in 2016 and was also at Sensi before it transitioned into Harvest. Commenting about bringing in the Voltaggio brothers, he said, “We couldn’t be more excited to have them out here. They are already part of the MGM family back east (Voltaggio Brothers Steak House at MGM National Harbor in Oxon Hill, MD), and with their talent level, their abilities, what they can do, what they’ve done so far with the menu and the reception we’ve had from the guests, hopefully it’ll lead to bigger and better things.”

When asked if this pop-up dinner was a possible precursor to a Las Vegas venture, Bryan said, “It’s called ‘Swimming with the Fishes,’ so of course we are testing the waters.”

Michael elaborated: “We’ve never had anything in this market. Our mother lived here for 10 years and we used to come here for holidays, so we’re very much connected to Las Vegas. A lot of our friends live here, and we’d love to be a part of Vegas, but it depends on if we get an invitation or not.”

If the success of this dinner is any indication it would appear such an invitation will be coming sooner than later and the Las Vegas dining scene will be all the better for it.