The Prince, Champagne & My Saber 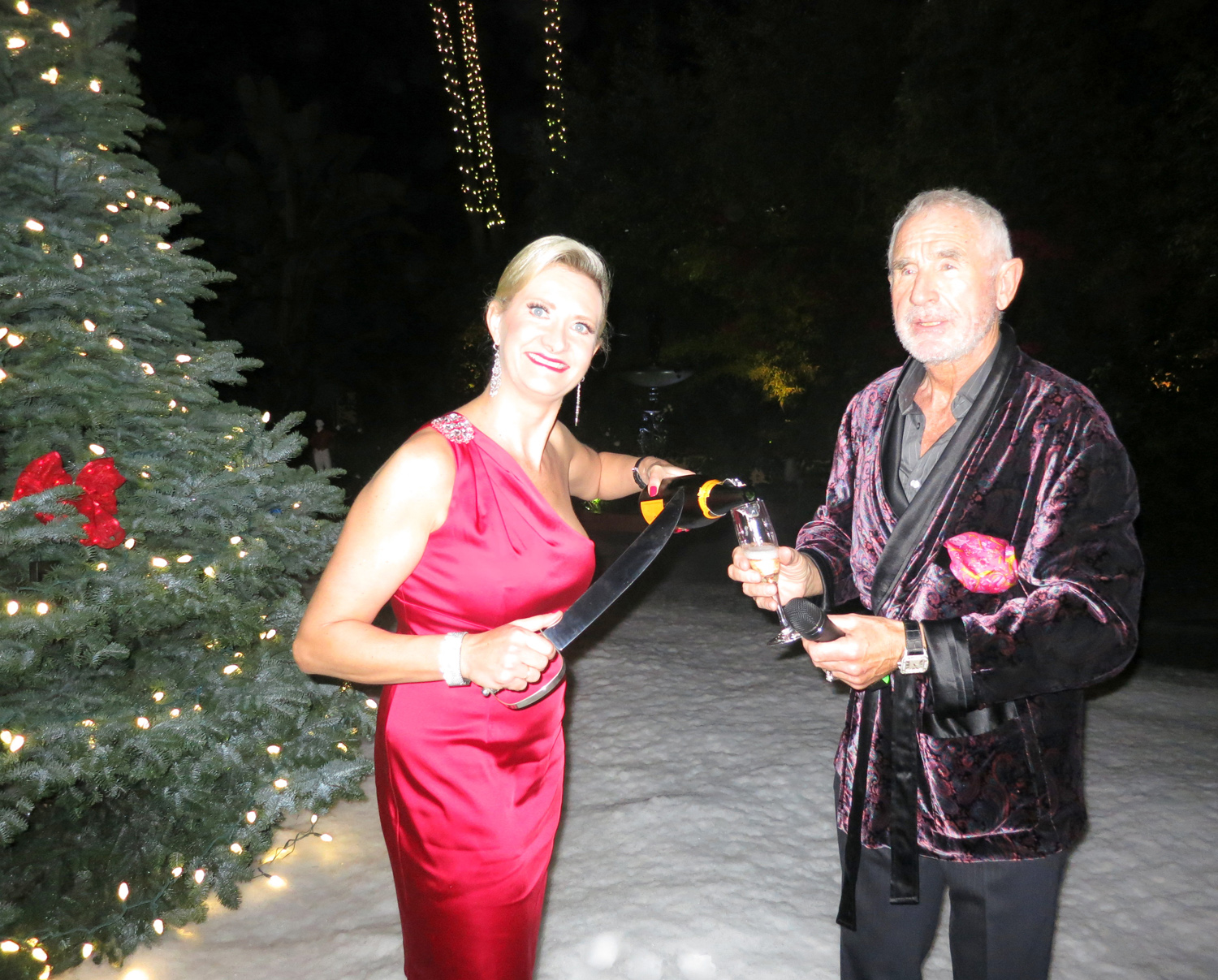 The only drops of Veuve Clicquot Champagne left last night at the Los Angeles-Berlin Sister City Committee Holiday party, held at Prince Frederic von Anhalt and Princess Zsa Zsa Gabor’s Bel-Air estate, were the ones I dropped in the snow after sabraging a bottle. Yes, you read correctly: the snow! Just watch the video, and you will see that it was real snow.

The many guests found another gold, sparkling beverage, Stella Artois beer, to pair with the Hungarian goulash and spaetzle served by Lawry’s The Prime Rib.

The City of Los Angeles was represented by the super active City Councilman Tom LaBonge and welcomed by Committee Secretary CBS radio host Frank Mottek and Committee Chair Rosemarie Reisch. Germany Consul General in Los Angeles Dr. Bernd Fischer and his wife Jutta were, of course, here to honor the ties between LA and its sister city Berlin.

And as we know the Franco-German friendship is strong, French Consul General Axel Cruau and his wife Dourène were happy to dine on German gastronomy, helped by their Austrian counterpart Karin Proidl. Among the celebrities: actor John Savage, actress Joan Celia “J. C.” Lee, Dr. Eric Fugier; and a blonde and young Santa Claus Julia Alexander.