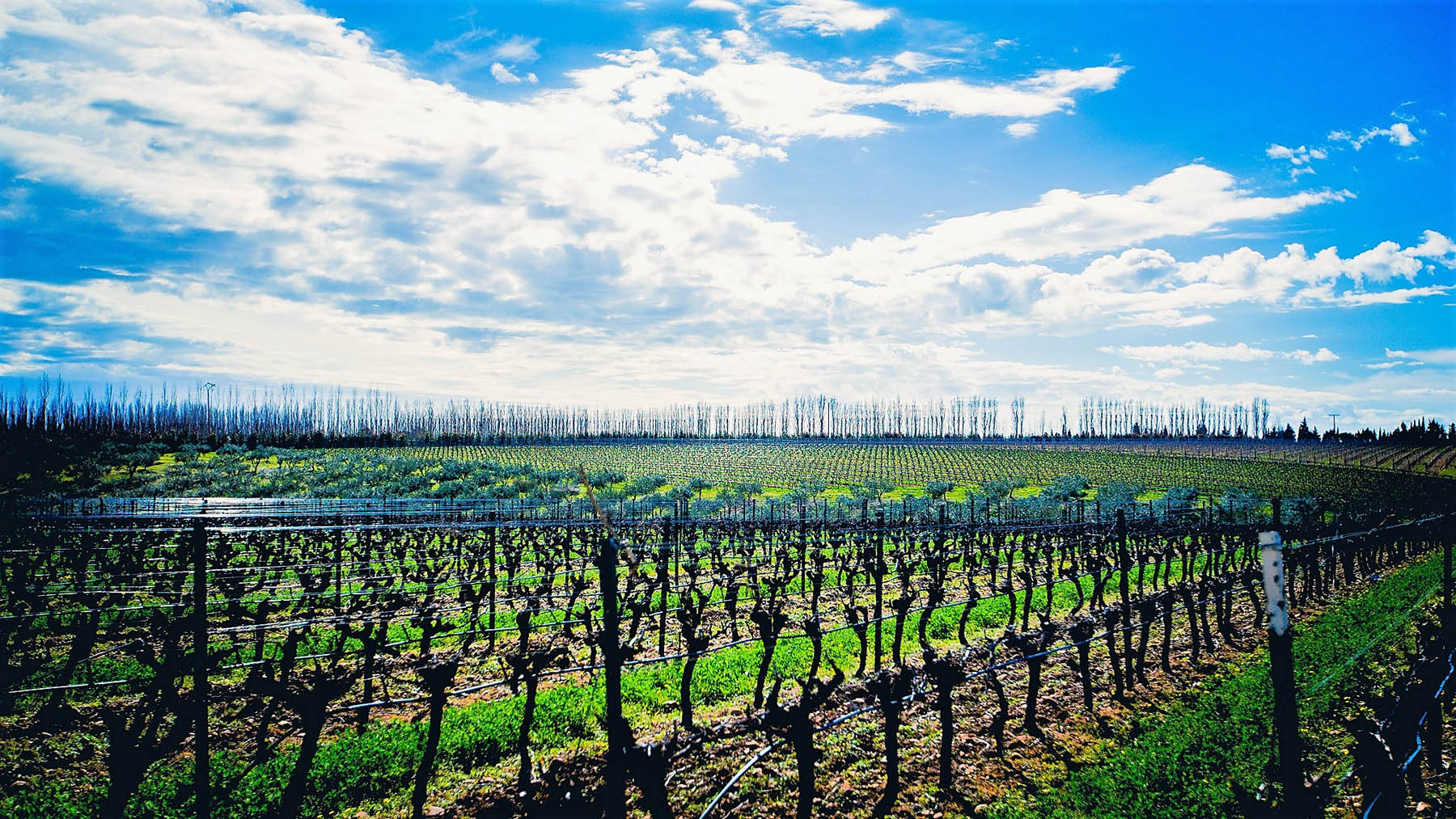 Costières de Nîmes has been growing vines since ancient times. In 31 BC, Roman soldiers returning victorious from the Egyptian battle fields settled in Nîmes, a town in the South of France, and created the first vineyards in the area. The palm and crocodile, emblem of both the town and appellation (as seen on the label of this week’s wine), symbolize Egypt’s surrender to the Roman Empire at the Battle of Actium. In the Middle Ages, the Abbey of Saint-Gilles du Gard became the Languedoc Commanderie for Knights Hospitaller of the Order of St John of Jerusalem; this was when viticulture really took off. In the 14th century, wines from St Gilles, Nîmes and Costières were among the most popular at the Papal Court in Avignon. In the 17th century, the construction of the Canal du Midi was a boon for wine commerce, linking the Rhône to Sète, a major port town in Southern France.

The soils in Costières de Nîmes are essentially made up of pebbles on clay-limestone earth, thereby signing their membership to the Rhône Valley. On the climate front, the appellation sees strong seasonal swings in rainfall. As in all the Rhône Valley vineyards, the Mistral wind blows through there all year round. A bonus for tending vines…

The wines are made from a variety of grapes. Reds and rosés are mainly based on traditional varietals such as Syrah, Grenache, Mourvèdre and, more of a blending grape, Carignan and Cinsault. The whites are based on Grenache blanc, Roussanne, Marsanne and also Clairette, Bourboulenc, Viognier, Macabeu and Rolle (Vermentino).

An interesting side note: the word “denim” comes from the French “serge de Nîmes,” meaning “serge (a sturdy fabric) from Nîmes.” Levi Strauss used this new fabric to create what became as known as blue jeans.

Château Guiot is located in Saint-Gilles, close to the city of Nîmes and the Camargue. The château is owned and managed by 9th generation vignerons Numa and Alexis Cornut.

The wine has a medium rosé color. Aromas of strawberries and raspberries mixed with lavender unfold in the nose. It is dry on the palate, showing red berries, honeysuckle, pomegranate and crisp minerality and spices.