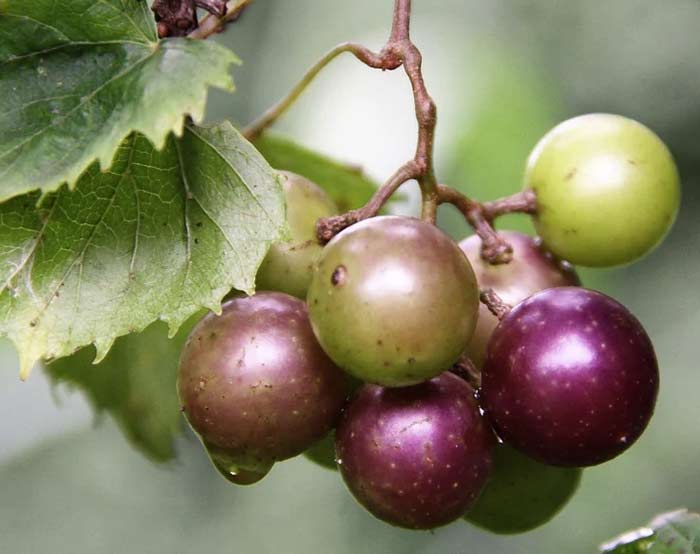 Muscadine is a species of native American vines that were first discovered by European explorers, who found them growing along the low lying Southern coastal regions.

Most Muscadine wines (reds and whites) are blends, usually given proprietary names by the winery (e.g., “Vintners’ Blend”), and vinified in the sweet or semi-sweet style. Muscadines and blends are usually sweet and foxy (a unique aroma/flavor profile variously described as wild and musky).