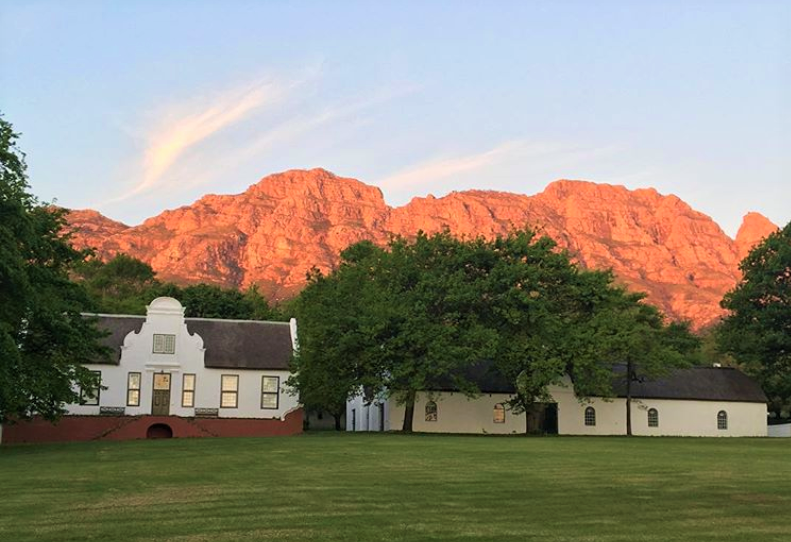 The roots of the South African wine industry can be traced back to the exploration of the Dutch East India Company when a supply station was established in Cape Town in 1652.  Cape Town was then only a stop for ships and crew to pick up fresh produce during their journey along the spice route to India. Jan van Riebeeck, first Commander of the Cape, was given the task to manage the settlement and plant grapes to produce wine, under the false belief that eating the grapesand the wine created from them would prevent scurvy and other diseases between sailors during their long voyages. In 1659 the first South African wine made from French Muscadel grapes was successfully produced.

The Rustenberg winery has a history dating back to 1682 when Roelof Pasman from Meurs, Germany, recognized the area for its vine-growing potential. By 1781 some 3,000 cases of wine were produced at the winery. Production doubled by the end of the century and a new cellar was built. Wine has been bottled at this cellar for an unbroken period since 1892.

The wine is named in honor of a former owner of Rustenberg, John Xavier Merriman, who bought the winery in 1892 in sympathy with farmers suffering from the phylloxera crisis.  He played a great role in revitalizing Rustenberg and in promoting the agricultural value of the Ida’s Valley, the area close to the town of Stellenbosch in which the winery is situated.

The wine itself is a Bordeaux-style blend, with all of the fruit coming from the estate. It is aged for 20 months in 35% new French barrels and 65% second and third fill.

This refined, well-structured Bordeaux blend has a ruby red color and aromas of cherry, cassis, black currant, graphite and cigar box with a touch of vanilla.  It is smooth tasting with ripe berries, black plums, eucalyptus, a small touch of vanilla and elegant tannins to ensure a lovely, well-balanced mouth feel and length. Aging potential is 10 to 15 years from the vintage.