By admin
[youtube id=”-ckFSFrNIaY”] by Sophie Gayot I am not going to give you that Cognac lesson myself; Maurice-Richard Hennessy himself is doing it in the exclusive video interview above. I got lucky as the class took place in Beverly Hills in a private dining room of Crustacean restaurant. Among the other “students” were French Consul General of France Axel Cruau, my father André and my brother Alain. Hennessy is the eighth generation of Hennessy, so you can be sure he knows what he is talking about. Here are just a few things that we did not have time to discuss: THE GRADES Because the English were heavily involved with the Cognac trade in the 18th century, the names of the grades are in English. They are: • V.S., “Very Special,” a blend in which the youngest eaux-de-vie (brandy) has been stored for at least two years in oak barrels; • V.S.O.P., “Very Superior Old Pale” designates a blend in which the youngest eaux-de-vie is stored for at least four years in oak barrels; • XO, “Extra Old,” a blend in which the youngest eaux-de-vie is stored for at least six years but on average for upwards of 20 years. THE CRUS Because the soils are different, the Cognac area had been divided into six geographical zones. The grapes coming from each one are different and produce the crus. They can also be used to define the Cognacs: • Grande Champagne (which occupies 13,159 hectares or 32,517 acres); • Petite Champagne (which occupies 15,246 hectares or 37,674 acres); Note: Cognacs made from a blend of Grande and Petite Champagne eaux de vie (with at least 50 per cent Grande Champagne) may be labeled as “Fine Champagne”. • Borderies (which occupies 3,987 hectares or 9,852 acres); • Fins Bois (which occupies 31,001 hectares or 76,606 acres); • Bons Bois (which occupies 9,308 hectares or 23,000 acres);   • Bois Ordinaires (which occupies 1,101 hectares or 2,720 acres). If you’re looking for the “ultimate” in Cognac, Hennessy makes a $250,000 bottle, Beauté du Siècle, but hurry as they only produced 100 bottles. Related Content: Hennessy Unveils Futura-Designed Bottle The House of Hennessy Hennessy Ellipse, one of our Top 10 Cognacs You can click on each photo to enlarge. 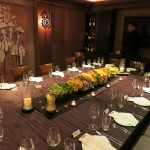 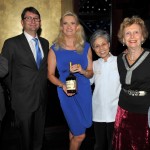 From left to right: Maurice Hennessy 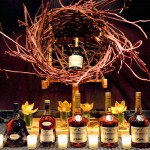