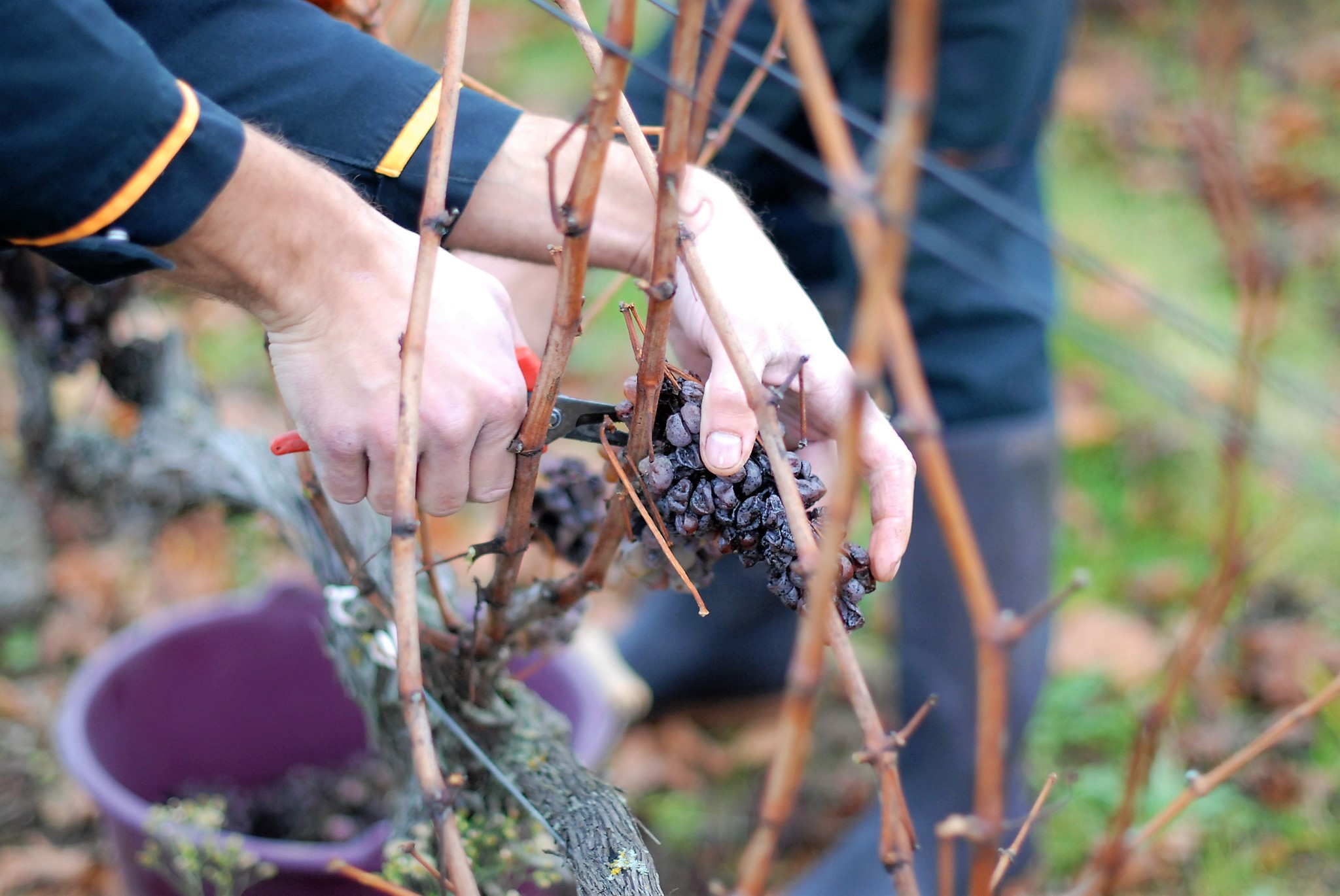 > HISTORICAL FACTS
The Chinon appellation is located 40km southeast of Tours, in the middle of the Loire Valley, France. The medieval town of Chinon rests on the banks of the Vienne river, just before it meets the mighty Loire river. It is a town steeped in history; the château was the preferred residence of Henry II, one of the English Plantagenet kings, and his wife, Aliénor d’Aquitaine. It was also the birthplace of their son Richard the Lionheart. Henry II died there in 1189. He is interred at the side of Aliénor at the beautiful abbey of Fontevraud, a few miles to the west of Chinon.

The climate, oceanic in the west, has a strong continental influence in the east. One hundred and twelve thousand hectoliters of juice per year are produced on 5,650 acres of vineyard leaning against the cliffs bordering the Vienne river. Close to the Loire, on slopes that are sometimes very steep, the soils have characteristics that affect the type of wines. It is common then to speak of “gravel wines” (sandy and gravel soils, known as “Varennes”) and “tuff wines” (clay and limestone soils on the hillsides and plateaus dominating the valleys). The “tuffs” are soils which give the wines body and guarantee a good aging potential, especially for the red wines that make the reputation of the AOC Chinon. The latter, as well as the rosés, offer a wide choice of juices, from the simplest to the richest, and are made mainly from Cabernet Franc (“Breton” or “berton”). Rarely, Cabernet Sauvignon can be blended with it in a proportion of less than 10%. The production of rosés is rarer (4%), and that of white (Chenin) rather small since it represents only 1%. The gravel wines reveal all their finesse and delicacy as they age. Tuff wines take advantage of tufa soils to develop an exceptional personality. Full-bodied and powerful, these colorful red wines have very good aging potential, just like the whites which can have superb aging.

> THE WINERY
Domaine Couly-Dutheil has become, over the years, a reference point for the appellation of Chinon and one of the Loire Valley’s most famous estates. Established in 1921 by Baptiste Dutheil, then developed by his daughter, Madeleine Dutheil, and her husband, René Couly, today Couly-Dutheil remains a family domaine, owned by the third and fourth generation. Arnaud Couly is the fourth generation and current winemaker, having taken over from his father, Jacques Couly, in 2003. Couly-Dutheil owns a total of 220 acres of vines, 98% of which are Cabernet Franc. They sell 80% of their production within France, most of which is served at many of the finest restaurants in the country. The multi-level, state-of-the-art facility is built into the limestone rock hillside and features a gravity-flow design to ensure maximum protection of the grapes and wine during each stage.

A superb estate facing the Château de Chinon, the Clos de l’ Echo is without a doubt one of the top vineyards around the Château and in Chinon. The castle once belonged to the family of the famous humanist François Rabelais. It owes its name to the echo which can be heard when tourists from all horizons shout in front of the royal walls of the castle. The property was bought by René and Madeleine Couly in 1952.

The wine undergoes controlled-temperature fermentation in stainless steel tanks for two weeks plus a four-week maceration period which allows for the development of a high concentration of fruit, tannin, and character. To keep the delicate structure of the wine, but also the freshness, they use stainless steel aging, between 18 and 24 months, according to the vintage. Wines are bottled three months after fining and go on the market three years after the harvest.

The wine shows a ruby color with purple hues. The nose is intense, unfolding ripe fruit with spice notes. The mouth is concentrated with spice, lead pencil and elegant, ripe tannins. This wine needs to be decanted (aerated) when to be enjoyed now and will age well for the next 10 to 15 years.