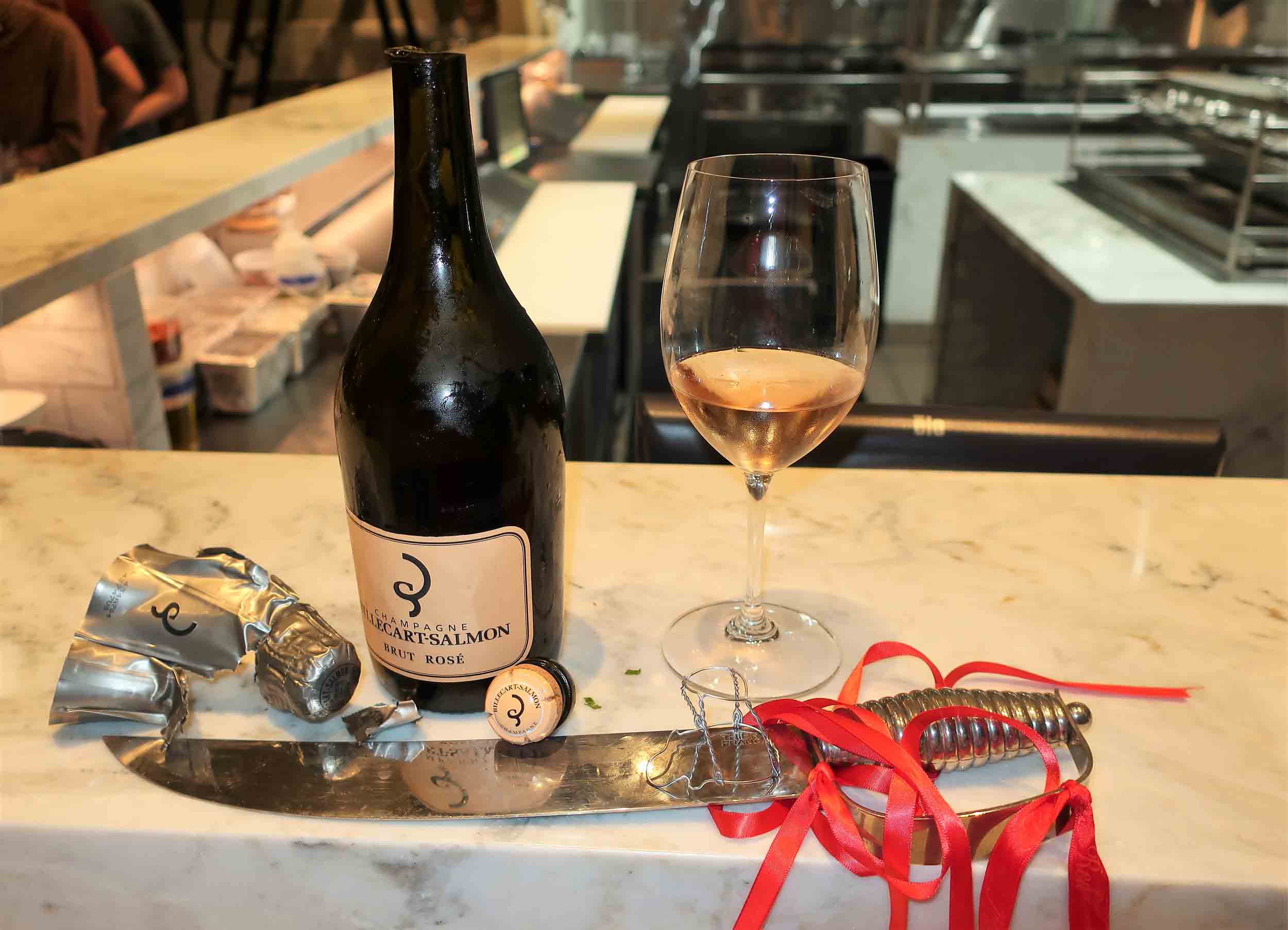 Perhaps you’ve read about how The French Laundry’s general manager, Michael Minnillo, was going to celebrate 2020 New Year’s Eve by sabering a bottle of Champagne in the kitchen.

As he was going for a big one, a Nebuchadnezzar (a 15-liter bottle), he got some help: a chef was holding the bottle while he was swinging the saber. After a few unsuccessful attempts, he used the saber a VERY wrong way. The bottle fully exploded in multiple pieces. Nobody got hurt, a semi-miracle… The bottle was a $2,000 Billecart-Salmon Brut. Here is the video.

For Christmas, I got to do the same with a Magnum of Billecart-Salmon Brut Blanc de Blancs. The beginning was similar: Geoffrey Loisel, Billecart-Salmon North America Director, was holding the bottle and me the saber. We all got to drink and celebrate.

Back in September 2018, at the opening of Wally’s Santa Monica, I arrived with my saber pretty sure I was going to use it — after all, this was the christening of a wine store. I chopped a bottle of Billecart-Salmon Brut Rosé with Mr. Billecart himself.

Chef Thomas Keller, can I offer a sabrage lesson to Mr. Minnillo in exchange for a stage in your beautiful kitchen?