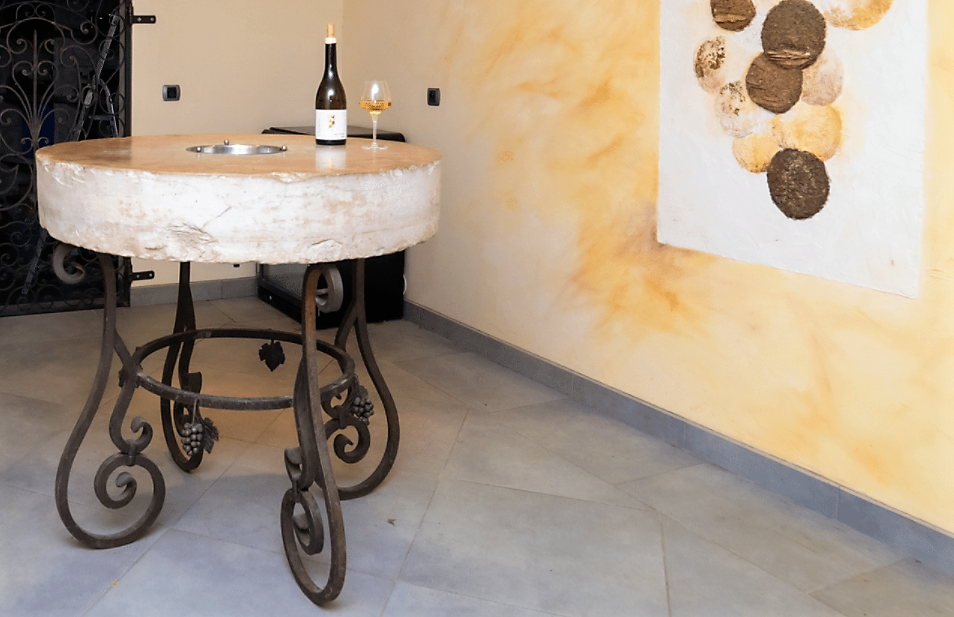 The Mâconnais is located in the south of Burgundy; it is the southernmost vineyard in the region. It stretches 80 miles long, between Sennecey-le-Grand in the north and Saint-Vérand to the border of Beaujolais. The Mâconnais produces a few red wines from Pinot Noir and Gamay but it is particularly renowned for its excellent white wines made from 100% Chardonnay.

Here, perhaps more than in any of the Burgundy region’s other winegrowing areas, the monks played a key role. The abbey of Cluny, founded in 909 by William I, Count of Mâcon, followed the Benedictine tradition with the principle of “ora et labora” (pray and labor) drove the monks to create their own vineyards. It was, in part, in reaction to the wealth of Cluny that Robert de Moslesme founded the abbey of Citeaux in 1098. Although the vines of Cluny were mainly located in the southern part of the current Burgundy winegrowing region, the monks also owned vines planted further north, notably the celebrated vineyard of Romanée-Saint-Vivant.

The AOC Mâcon is a regional appellation to which the name of the town can be added. The 3,750-hectare vineyard produces pleasant red wines, as well as very famous white wines. The Mâconnais landscape is drawn by several hills separated by faults, which compartmentalize the vineyard, from north to south, into six very distinct links. There are three types of soil on these. The white Chardonnay varietal thrives on shallow brown soils, marl and limestone, in the southern part. Also in the south, siliceous soils are the delight of the black grape Gamay varietal, and everywhere, the “belouzes” (clay or clay-limestone soil) can produce white (Chardonnay and Pinot Blanc) and red (Gamay and Pinot Noir) wines. Depending on the “climat” (regional name of the “terroir”) and the blending choices of the producers, the wines of the Mâcon appellation offer all ranges, from light and fruity wines to the most complex. The whites, with a nose of broom, white flowers, verbena, fern and citrus fruits, are adorned with a light to yellow gold color. Chardonnay can give wines with very good aging potential.

Marcel Couturier had his first harvest in 2005. Over the years, he gradually enlarged his winery and today, the domaine is the reference for all the appellations of the Southern Mâconnais including “Pouilly-Loché,” which covers an area of 77 acres (the smallest communal appellation in southern Burgundy). Axence, Marcel’s son, is an admirer of biodiversity and generally lives close to nature. Therefore, with his arrival to work at the estate came the natural move towards organic and biodynamic farming, in 2018 and 2019, respectively.

After a manual harvest, whole bunches of grapes are crushed in pneumatic presses. Two presses are used simultaneously to avoid any oxidation or loss of aromatics. The must is then naturally decanted and racked off its gross lees before going into four- and five-year-old barrels for fermentation with indigenous yeasts. As the cellar is kept cold, fermentation is very slow and goes on into the following spring. Malolactic fermentation goes until the following summer. The wines ferment and age in the same barrels until the following August without racking and bâtonnage (stirring of the lees), as Marcel is wary of making the wines too fat and leesy. Very little sulfur is added at bottling.

The wine shows a golden straw color. The nose opens with baked apples, stone fruit and a bit of spice. The palate shows great elegance and breed, with a firm citrus underpinning to the ripe apple fruit.