Best Cookbooks of All Time 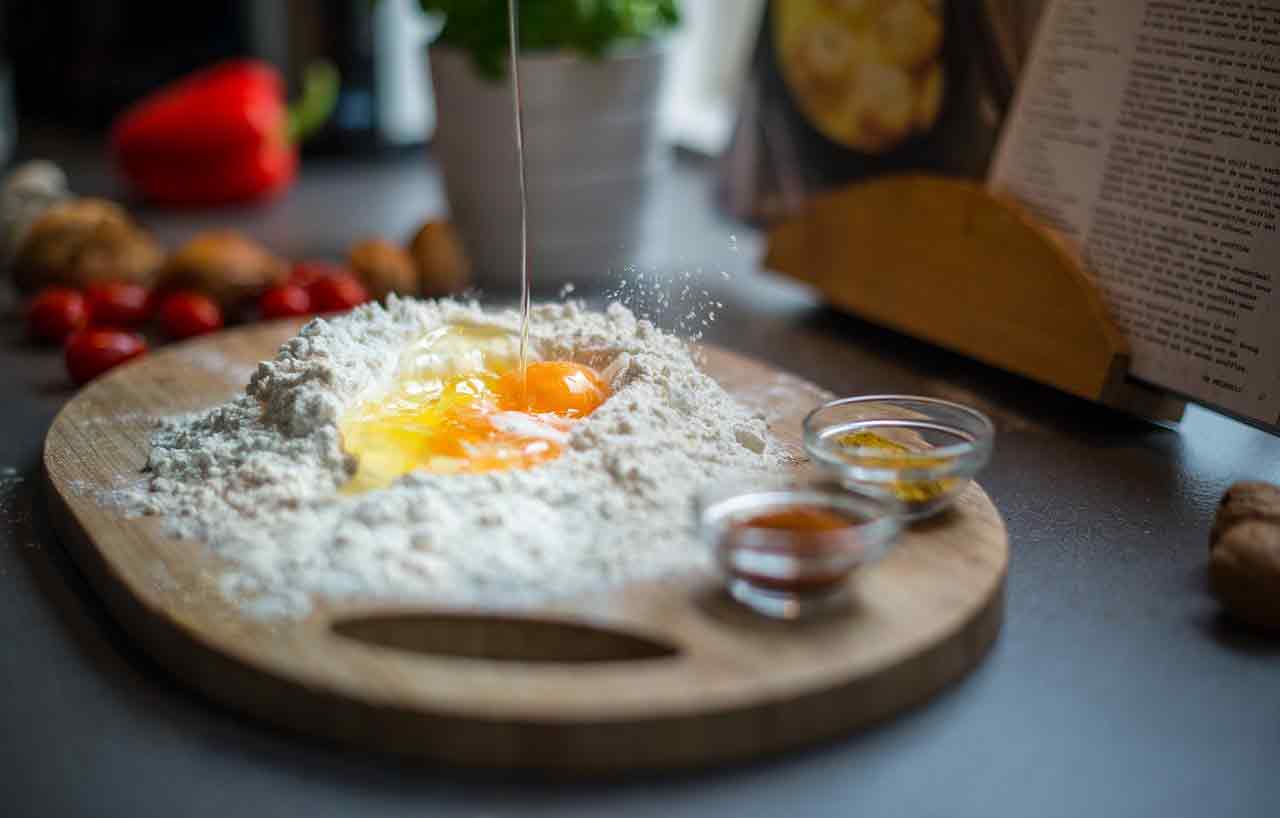 The Best Cookbooks for Classic Recipes

Nowadays, great recipes are just a click away. We all have our favorite sites and blogs for finding the easiest weekday lunches or most impressive dinner party dishes. But the experience of using an actual cookbook can never be replaced. The flipping of pages, poring over of recipes and examining of pictures are all part of the time-honored tradition of cooking.

From classic entrées by legendary culinary figures to modern health-conscious recipe collections, GAYOT has curated its own list of the Best Cookbooks of All Time.

> Find more ways to get inspired in the kitchen with our Best Cookbooks by Chefs where you’ll also find exclusive interview videos with each chef.

1. The Art of Simple Food

Eating seasonally and locally? It’s almost a cliché these days. But when gastronomic guru Alice Waters dreamed up the idea for her famous restaurant Chez Panisse in 1971, it was quite a revolutionary concept. Her oeuvre, The Art of Simple Food, celebrates good cooking using the best in-season ingredients grown nearby and available at your local farmers market. This book is produce-focused with more than 200 recipes for organic poultry and meat, simple desserts and not a lot of fuss. We appreciate the minimalism, especially when pressed for time, and we believe this book is a great addition to anyone’s home library of great cookery.

2. Baking: From My Home to Yours

Find out why Dorie Greenspan has been called a “culinary guru.”

The author of nine cookbooks, including Baking with Julia (the book that accompanied Julia Child’s PBS series), Dorie Greenspan has been called a “culinary guru.” Baking: From My Home to Yours is Greenspan’s first book in which she isn’t sharing the spotlight with another baking expert. In it, she offers 230 of her homey recipes presented in a style that is expert, yet warm. Detailed instructions are part of what makes this one of the world’s greatest baking books. Its other great feature is the variations she offers on many of the recipes, allowing the home cook to conquer one recipe and then build a repertoire from mastering one technique. The book includes recipes from breakfast sweets, like allspice crumb muffins, to savory cheddar scones, thumbprint cookies, coconut cake and exotic treats, such as gingered lime and mango meringue pie.

Darra Goldstein’s Fire and Ice: Classic Nordic Cooking belongs not only in the kitchen, but also on your coffee table.

This James Beard Award nominated cookbook interweaves Goldstein’s anecdotes of Nordic history and culinary traditions with stunning photographs of the region’s landscapes, produce and recipes. From seafood favorites such as shrimp toast (a Swedish classic) to braised pheasant to blueberry soup, each recipe showcases the understated and innovative qualities of Nordic food culture.

A comprehensive cookbook by James Beard, who has been called “the father of American cuisine.”

Originally published in 1972, the illustrated, encyclopedic volume features more than 1,500 of Beard’s favorite recipes. Although he wrote more than 20 cookbooks, American Cookery is considered his chef d’oeuvre. The tome’s enduring popularity is due to the fact that it does more than deliver superb recipes, it digs deep into the history of American cuisine. Beard takes the time to explain the origins of such dishes as the 1940s-sounding “Mrs. Harland’s Fricassée of Lamb Tongues.” The book also includes advice on dozens of cooking questions, from how to choose the best produce to how to make an authentic cheeseburger. The 2010 edition features the original text and color illustrations, and a foreword by Tom Colicchio.

Considered the definitive guide to American cooking, Joy of Cooking is more than a collection of recipes.

It is a work of American history and one that is telling of regional distinctions in how Americans eat. It was one of the first books of home cooking written by a domestic cook and as such, it took off immediately. But it’s the tome’s extensive collection of recipes and its specific instructions that help it to continue to be one of the most popular cookbooks some 85 years later. The current edition has updated many of the originals for modern tastes and has even added a few new recipes for dishes like enchiladas and sushi. But the homey flavor still remains with recipes like brined roast turkey, beef fondue and chocolate cake with seven-minute frosting.

Maida Heatter has been called the “Queen of Cake.”

The author of nine dessert books and a member of the James Beard Foundation Hall of Fame, Heatter has earned her title over a lifetime dedicated to baking. Her best-known work, the Book of Great Desserts covers every category of dessert popular in America from tortes and pies to fried cookies, crêpes, icebox cakes, brownies, bars and soufflés. Heatter talks to the reader like an old friend, explaining her recommendations through anecdotes. The not-to-be-missed recipe is her Queen Mother cake, a flourless chocolate number with almonds that the author declares would be her pick if there were only one dessert in the entire world.

7. Mastering the Art of French Cooking

It doesn’t get any better than Julia Child’s signature French cookbook.

This cookbook was the first to bring French cooking to the American home and it did so, in 1961, in such style and with such thoroughness that it is still considered the best guide of its kind today. As was illustrated by the feature film, “Julie & Julia,” the book’s 524 recipes are so clearly explained that even the most novice of cooks can learn everything from poaching an egg to boning a duck from its instruction. What makes it most practical are hints for sourcing or substituting French ingredients to recreate the exact tastes and textures of the nation known as the birthplace of Western gastronomy. Recipes are divided into sections including soups, sauces, eggs, luncheon, fish, poultry, meat, vegetables, cold buffet and desserts, and cover everything from quiches to aspics, cassoulet to Julia Child’s signature boeuf bourguignon.

Over 200 satisfying, everyday vegetarian recipes (that will make you feel amazing).

Anna Jones’ A Modern Way to Eat, is indeed just that. Jones — Jamie Oliver’s former student — speaks to the current movement towards social- and health-conscious eating in a grounded, non-elitist manner. Her belief that “eating should be joyful” resounds throughout the cookbook’s more than 200 vegetarian recipes. Each recipe places an emphasis on flavorful and fresh dishes that are light yet hearty, locally-sourced yet affordable and Pinterest-worthy upon completion. A Modern Way to Eat proves that vegetarian, vegan and gluten-free meals can be just as enjoyable to make as they are to eat.

By: The Culinary Institute of America
Publisher: Wiley
Originally Published: 1984

Now in its ninth edition, this tome is considered the textbook for professional chefs in America.

Created by the country’s most prestigious cooking school, The Professional Chef focuses on both the science and the creative side of cooking. The book offers nearly 900 recipes that take the user from mise en place to presentation of the finished product. There is also information on aspects of the restaurant industry like kitchen safety, nutrition, portioning and management, as well as definitions of ingredients and tools. The current edition includes more than 800 photos, which help to illustrate techniques and the visual appeal of completed dishes. Although the book’s foundation is French technique, it includes foods and recipes from the Americas, Asia and all of Europe like empanadas, deviled eggs, cioppino, samosas and goulash.

While this list is populated by many timeless and revolutionary exemplars, we also wanted to include a more recent work from a talented chef who’s been making culinary waves from coast to coast. Scott Conant has penned a beautiful ode to his rustic-yet-elevated Italian cuisine. The Scarpetta Cookbook features 125 approachable recipes, from his famous Stromboli bread to a classic Scarpetta Spaghetti with tomato sauce to Sicilian spiced duck, as well as cooking techniques (e.g. making pasta) that amateurs can implement in the comfort of their own kitchens.