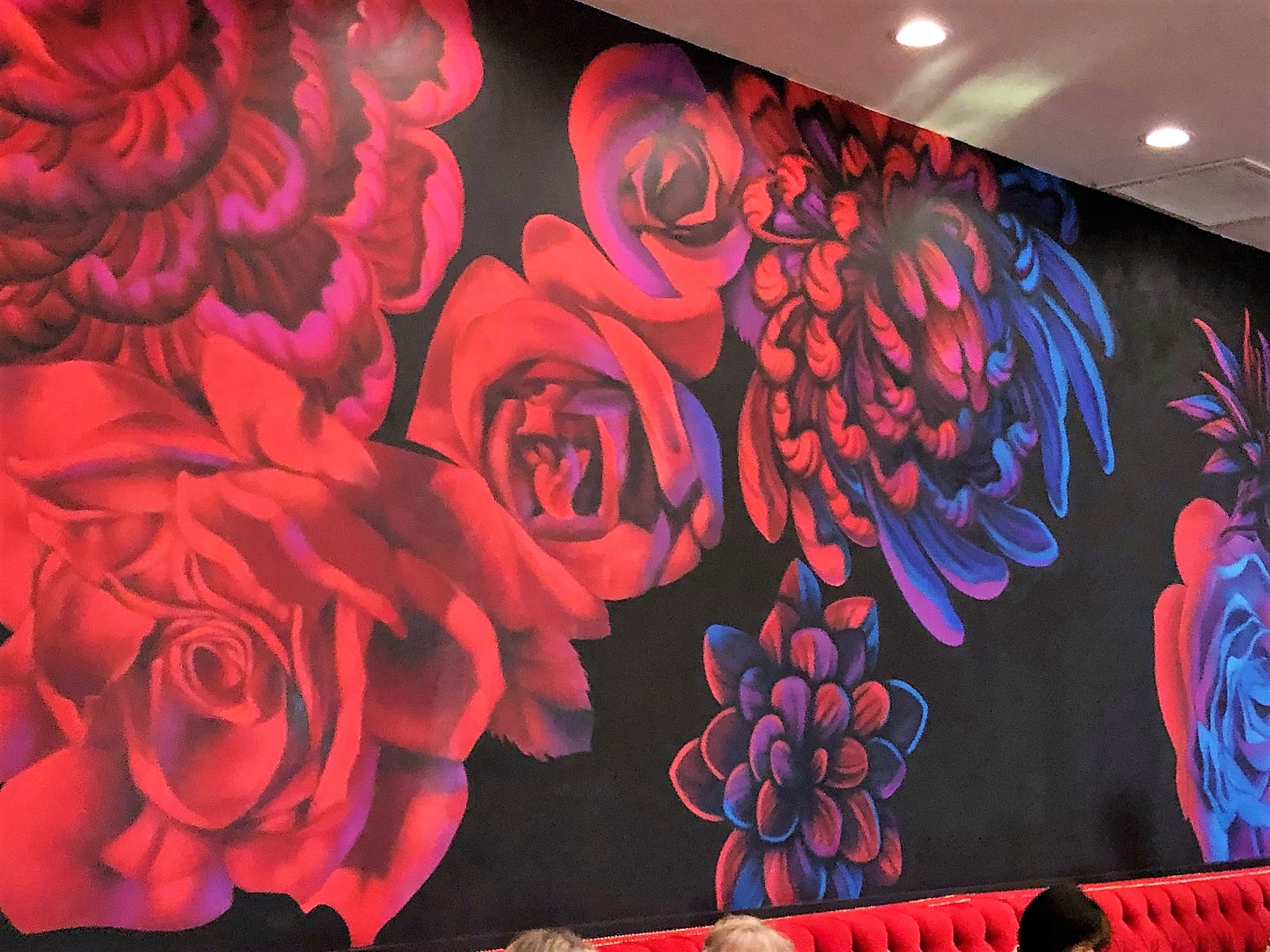 In the past decade, a growing and welcome trend has been sprouting in Southern Nevada — the emergence of restaurants by accomplished great chefs moving from their executive chef positions on the Vegas Strip to open their own creations in the suburbs, with the same refined quality, but at greatly reduced prices. One such quite noteworthy new find is Rosa Ristorante, owned and helmed by Rob Moore, who after 25 years of executing menus of renowned establishments now has free rein to create his own.

Moore grew up in New Jersey and is a graduate of the Hudson County Community College (in Jersey City, NJ) two-year culinary program. After gaining valuable experience in eateries in New York during the 1990s, in 2004 he made the jump to Las Vegas, where he held a sous chef position at Sensi at Bellagio before spending the next 15 years alternating between Prime Steakhouse at Bellagio and Jean-Georges Steakhouse at Aria as executive chef.

Rosa Ristorante takes its name from the mural of roses painted across the back wall of the restaurant by local artist Cerissa Lopez. This design is complemented by red banquettes throughout the space. Other décor elements include dark wood walls, exposed red brick, wooden tabletops and tile and wood flooring, mirroring the vibe Moore experienced in New York and New Jersey. There’s also an expansive outdoor patio and a private dining room complete with glass chandelier.

Several of the menu offerings are decidedly Italian, which reflects Moore’s Italian-American heritage and upbringing, as his grandmother was first generation American (her parents came from Italy). Moore describes his menu as a way to “have fun again and cook food that makes me happy and make food I gravitate towards when I’m back home.” A worthy example is the cheesy risotto fritters, similar to arancini balls, but this version is a creamier rendition packed full of Pecorino Romano and served with basil aioli. Another big winner worth indulging in before your main course is the baby beet salad, a wonderful mix of goat cheese, toasted pistachio, arugula and aged balsamic.

Pasta is well represented by rigatoni alla vodka with hot and sweet Italian sausage with smaller slices being spicy and larger ones less so, just like Moore’s grandmother used to do when he was a kid.

Pizzas are enhanced with a dough that is both crispy and chewy, with six variations such as four cheese Roma with prosciutto & arugula; vegetable & herb with goat cheese, Swiss chard and spinach; and the best one: pesto with sliced tomatoes and basil.

As chef Moore’s professional background has been mainly in top-end steakhouses, not surprisingly there are 40-day wet-aged 1855 Black Angus from Nebraska in a full range of cuts including NY strip, rib-eye, filet mignon, T-bone and porterhouse. These can be accompanied by house-made “Robchurri” with chopped herbs, garlic, chili flakes and EVOO; or the thick “Rosa” steak sauce made with 30 ingredients.

The rest of the entrée options are a mix of seafood (cioppino, swordfish picatta, roasted branzino and lobster fra diavolo) and proteins such as veal osso bucco, chicken Parmesan and pan roasted pork chop; and sides including the likes of grilled asparagus, olive oil mashed potatoes and alfredo mac & cheese.

The beverage program offers more than 50 wines mainly from Italy and California and 17 sparkling, white, rosé and red wines by the glass; and nearly a dozen signature cocktails that are takes on the classics, like the St. Rose Blvd — a play on the Boulevardier with bourbon, Cappeletti and Cocchi Torino.

> Bob’s tips;
• Dinners come with hot, out-of-the-oven focaccia bread topped with rosemary and accompanied with whipped ricotta that is so good you may be tempted to fill up on it before your meal arrives.
• The menu has a wide range of prices allowing for practically anyone’s budget, with pizzas large enough for two only $14-$18 and salads and small plates mostly $12 to $15.
• Even more deals can be found during the twice daily happy hour offered Sun.-Thurs. 3 p.m.-6 p.m. and 8 p.m.-9 p.m. and Fri.-Sat. 3 p.m.-6 p.m. and 9 p.m.-10 p.m. with $10 chef’s choice pizzas, draft beer two for $10, $10 cocktails and $10 glasses of wine.
• Dessert choices include chocolate mousse, tiramisu and strawberry cheesecake, but my wholehearted recommendation is the very unique butterscotch/caramel budino topped with salt, which is so good you may need to order two.
• A perfect finale is the house-made limoncello, which unlike some renditions is not too sweet or cloying, but with just the right amount of bright, fresh, zesty citrus. Citrus peels soak in vodka for about a week, after which puréed peels are mixed with sugar and juice to produce lemon and grapefruit/licorice root versions. It’s not on the menu, so be sure to ask for it.
• The location on St. Rose Blvd. is prime and easy to get to, on the border of Las Vegas and Henderson, just east of Seven Hills/Spencer, a few miles in either direction from the I-15 or 215 freeways and about 10 minutes from the Strip.

GAYOT's Wine of the Week is a French wine produced from grapes planted at the foothills of the Pyrenees on an exceptional terroir benefiting from a remarkable climate ideal for growing vines. Read the review.